Accused them of being a "white male Hollywood conspiracy" when they tried to "fix" her Pixar film that desperately NEEDED fixing.
And then threw around cries that they were "pedophilically sexualizing" Brave's Merida in the Princess marketing, to "destroy her image" as a positive feminist "role model", when 2D merchandising designs made her look slightly older and more attractive to fall in line with the others.
(And that's if you don't hold grudges that it wasn't just Cars 2 that broke Pixar's Best Picture Oscar-nomination string.)

...Let's just say she didn't have much credibility left with the fans when she called John Lasseter a wolf.
Top

And from the sounds of it, (warning language) looks like olé John hasn't changed much.


Wow, fascinating links, Dan, thanks. I was honestly quite shocked when JL got the Skydance position. Yeah ok he promised to do better, but should we really be risking the safety/boundaries of SD employees simply based on his word? Yeah he was (and still is) an incredibly talented filmmaker/storyteller, but exactly HOW do more entertaining animated films a la Toy Story take priority over people’s rights not to be groped/kissed/grabbed by this man?? So basically the ends justify the means? What are a few traumatized (read: overly sensitive) people here and there as long as 21st Century Walt still gets to be a great storyteller??


Also this 2019 Brad Bird interview from the Daily Beast was linked to from one of the Twitter posters.

First of all, the fact that the article’s title actually included the words “John Lassetter’s redemption” when apparently no such redemption took place is pretty outrageous. But considerably more outrageous are Bird’s remarks not just on JL but this issue in general.

I’m flabbergasted by his minimizing of victims’ pain...I mean I realize John was his close friend since their CalArts days, but from Bird’s very emotionally/socially charged stories I always got a real sense of integrity from him as a filmmaker and person. I still feel that Iron Giant, The Incredibles and Ratatouille are masterpieces but hoo boy...

Bird has a hard time talking about the allegations against Lasseter. “These times are not good for nuance,” he says. “You’re either 100 percent for something or you’re 100 against something.”

So are you going to tell victims of sexual harassment (just want to clarify that by “victims” I am ALWAYS talking about both sexes) who’ve been felt up and/or denigrated emotionally that they’re not seeing the “nuance” in the situation???

You’re navigating a world where men have acted a certain way for thousands of years. Way too late, but all of a sudden, they’re expected to change that on a dime and it’s necessary and it’s right. But it’s a little bit a gray area. It’s not as hard of a cut as people want to make it.

Not even going to comment on this. Just no words. Except that (I mean this with zero flippancy) Bob Parr would be shocked.

This article even includes first looks for Luck and Spellbound (The Alan Menken musical): 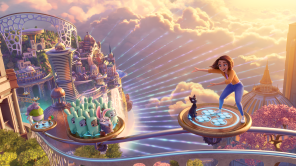 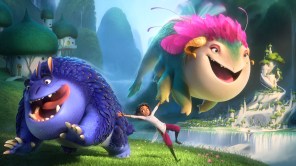 I think that soon we will learn that Pixar and WDAS managed to be successful despite Lasseter and not thanks to him. I always considered the films that he was in charge of at Pixar (A Bug's Life, Cars) were the worst ones.
Top

Lasseter isn't "in charge" of these films in the way that he was "in charge" of A Bug's Life and Cars. His role will be more like it was in Finding Nemo, The Incredibles, Ratatouille, Wall-e, Up, Tangled, Frozen, etc....
Top

It would also be unfair I think to say JL didn't have more than enough positive contributions to both studios. I'm sure they're both doing fine without him (I personally consider Onward the first "post-JL" film from either studio, since he had been heavily involved in both Toy Story 4 and Frozen II before he left the company, and it's unlikely either movie changed much in his absence), but scandal aside, the man was good at what he did.
"Yesterday is history, tomorrow is a mystery, but today is a gift--that is why it's called the present."
Top

Yes, even with everything else, I do agree. The truth is that I was absolutely enchanted when I saw A Bug’s Life in the theater (both times I went). Sheer brilliance all the way. He did amazing work, and I definitely feel he should be kept as part of the company’s history.
You can’t just have your characters announce how they feel! That makes me feel angry!
Top

Here's the thing that gets to me about A Bug's Life.

Don't get me wrong. I love Randy Newman's brass-heavy music for the film. It's pure Pixar. But at the same time I feel it holds the movie back from truly being an "epic of miniature proportions," and someone like Michael Giacchino or Harry Gregson-Williams really could've elevated the scope of the adventure and action more.

Imagine Mulan without Jerry Goldsmith's score. It would feel like a much smaller film then...especially since Mulan actually isn't that "big" (at least compared to other Disney movies of the era) until its climax, where everything goes nuts in the best way.

All of that being as it may, A Bug's Life feels more like a "DreamWorks film" than many DreamWorks films do...which is ironic since Antz, ultimately, is the better ant film of 1998 for me (though I still like A Bug's Life).
"Yesterday is history, tomorrow is a mystery, but today is a gift--that is why it's called the present."
Top

I think the thing that holds A Bug's Life back is the "I am a ladybug but a man" and the fat jokes. Also Flik goes to the bug city for aid and the city is called Bug City.
I used to like this film when I was young, but it doesn't hold up that well, especially compared to Pixar's superior output.
Top

Where does A Bug's Life have fat jokes?

I mean, Heimlich eats a lot, but he never gets fat, because he's a caterpillar.
"Yesterday is history, tomorrow is a mystery, but today is a gift--that is why it's called the present."
Top

It doesn't have to be literal "ha ha you're fat". But there's that instance when he turns into a butterfly but he's too "heavy" so the other bugs have to help him and it was supposed to be funny...
Top

Probably because it was funny.

The joke is also less about his weight and more about the fact that his wings are so ridiculously small (and none of his friends have the heart to tell him he's not flying himself).
"Yesterday is history, tomorrow is a mystery, but today is a gift--that is why it's called the present."
Top

Ladybug (or ladybird over here) joke is just funny. I’m sure there are millions of male ladybugs (or ladybirds, which is worse, considering the British slang use of bird to describe an attractive female) that get annoyed because they get mistaken for automatically being female because of the name.

As for Heimlich's manoeuvres (haha) at the end, I never took that as a fat joke, since he spends the whole movie waiting to have wings and then, when they come, they’re inadequate for even a slim Jim caterpillar. But just the fact he has them makes them special enough for him: it’s not about how big or small he is, or how big or small his wings are: he is overjoyed in the moment and we should feel the joy in his joy, as the rest of the cast do by helping him achieve liftoff. It’s not that he's large, but that his wings are small, though it doesn’t matter since at least he *has* the wings he’s been waiting for.

Newman's score is more of the "pure Americana" that infused the early Pixar films, because that's the background the filmmakers knew, and/or the long-lost feel of nostalgia that they wanted to recapture. No, maybe A Bug's Life's score isn’t as epic as it might be, but then it *is* an epic of *miniature* proportions, so the music can’t be *too* large scale, and is more about describing the characters and situations rather than giving the movie scale, the widescreen framing and full orchestra do that already.

At the end of the day, and no pun intended, A Bug's Life is a "small" movie, and I think the score reflects this pretty well, since it’s not a large scale action picture (even on a bug's scale) but more of an adventure of self-discovery, whereas Antz — which arguably is the better, smarter, funnier, and less "dated" film — with its military aspects, definitely is something of a massive action picture, and has the modern action score to go with it.

Bugs remains a slightly lesser Pixar output, but it was massive and hugely beloved when it came out, even moreso than Antz that year. To overuse the obvious description it is a small but perfectly formed little movie, in pretty much all ways. I don’t revisit it as much as I have Antz, or other Pixar films, but I have fond memories of it, and of it's not a massive film with a massive score, it remains a safe, almost cosy movie that’s a nice throwback, which is exactly how I think it was intended.
Top

Also, the "male ladybug", with the Dennis Leary voice, is the standard Pixar gag of the thing that Isn't As Cute As It Looks--Which we got in TS3 with both the unicorn and Lotso Bear.

And a big reason most fans don't talk about ABL is, most didn't remember it EXISTED: The entire sniffly-grownup Cult of Pixar wasn't first created until two years later with Toy Story 2, so most fans didn't even recall a movie happening between that one and '95's "Bold new technological experiment" of the original TS.
ABL sort of became the equivalent of Wreck-It Ralph falling in between the fangirls' Tangled and Frozen, only Ralph wasn't historically-revisionist dissed with "Oh, I didn't see that, so it must have flopped at the box-office..."

What's wrong with that? Woody loves kids. Maybe a but too much, but he loves kids.

Which reminds me of a joke that went around at the time of those initial allegations: have you heard about Woody Allen's new movie?
Top

Technically A Bug's Life came out one year before Toy Story 2. Such a criminally underrated film.
Top
Post Reply
51 posts