Saw this at Walmart this week and thought it was interesting enough to snap a pic: 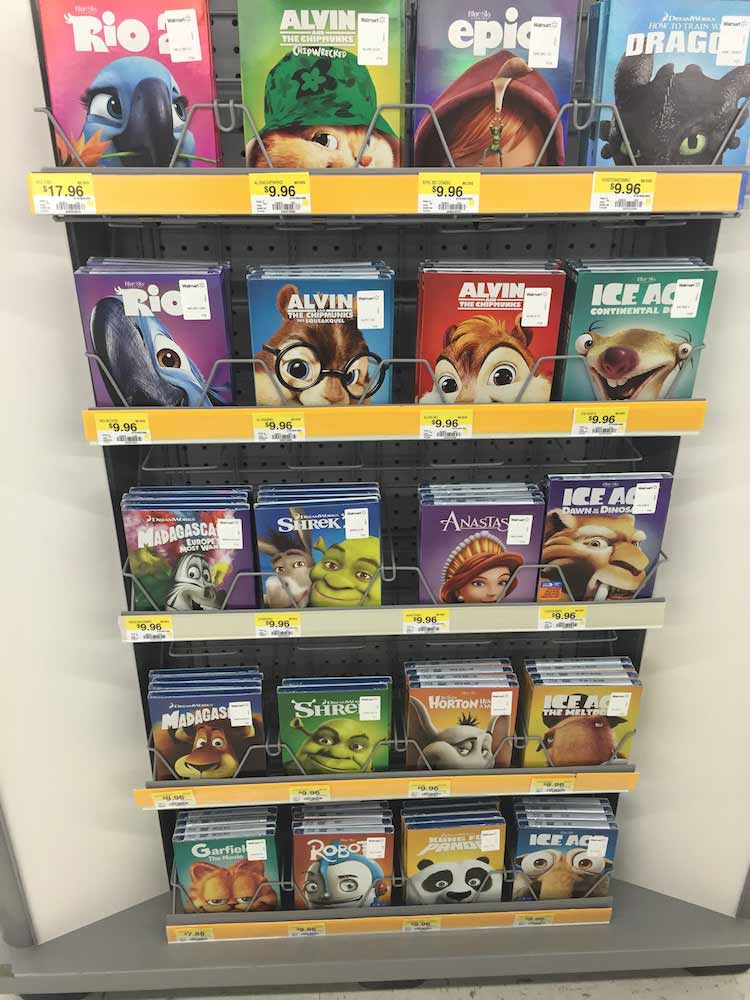 I thought it was odd that titles from different studios (DreamWorks, Blue Sky, etc) were sharing the same cover art. It didn't hit me until later that Fox is distributing all of these now. They've done the same on the digital copies too:

Not so much they're being done by different companies as it seems like Fox, the studio that has the current distribution rights to those selected titles, doing so. Presumably for marketing purposes. *shrugs*
Top

Yep, just what animation fans love---- utter, bland homogeneity. Way to go, Fox. Not only can you not tell the films apart, but even individual production studios all blend together.

"Who's the marketing genius that came up with that campaign?!"

Actually, it's a rip-off from what Disney did in Europe a couple of years ago!

First they put out a series of "Villain" slipcovers, of the like seen here on Hercules, Mermaid, Alice, Dalmatians and Pan (also Jungle Book, Aladdin and, confusingly, Oz The Great And Powerful if you scroll down the page):

And then followed that up last year with the whole line then featuring the films' lead characters on the slipcovers - there's a bunch here, from Snow White and Alice again to Ralph and Frozen:

The description there (Limited Classics) will give you the reason why...despite no new features they want us to buy them all again in themed packaging!

The same has been done with Pixar's titles here (scroll a bit; Russell on Up will tell you just who these sleeves are aimed at!):

Since then I've seen Fox follow that up over here with the same kind of covers for their Blue Sky and DreamWorks animated films, but it's interesting that this has been carried over to the States too now. Unlike the Disneys here, those do seem to be a store exclusive here too: Amazon UK doesn't seem to carry them but I've seen them at our local equivalent of Walmart.

Unfortunately, it looks like these have become the default for "classic" title reissues, so grab new releases while you can or you'll end up stuck with the likes of these!
Top

No comment about Dreamworks, BlueSky, and difficulty of telling product apart.

I'd seen that too on Vudu's digital servers, but thought that was just the digital marketing. Didn't occur to me that Fox was currently holding the hot-potato of DWA's past library, even though Epic, Robots and Anastasia were on the list.
Top

Despite the fact those three *are* Fox titles, of course, it does seem Fox have now picked up the remainder of DWA's catalog, from the Shreks onwards. Shame that they haven't bothered to go back and issue other titles on BD - even with these slips I'd go for the first Madagascar and the first two Ice Ages (which I don't have on Blu), as well as the obvious others (yes, even Bee Movie!) should they become available.
Top
Post Reply
6 posts • Page 1 of 1