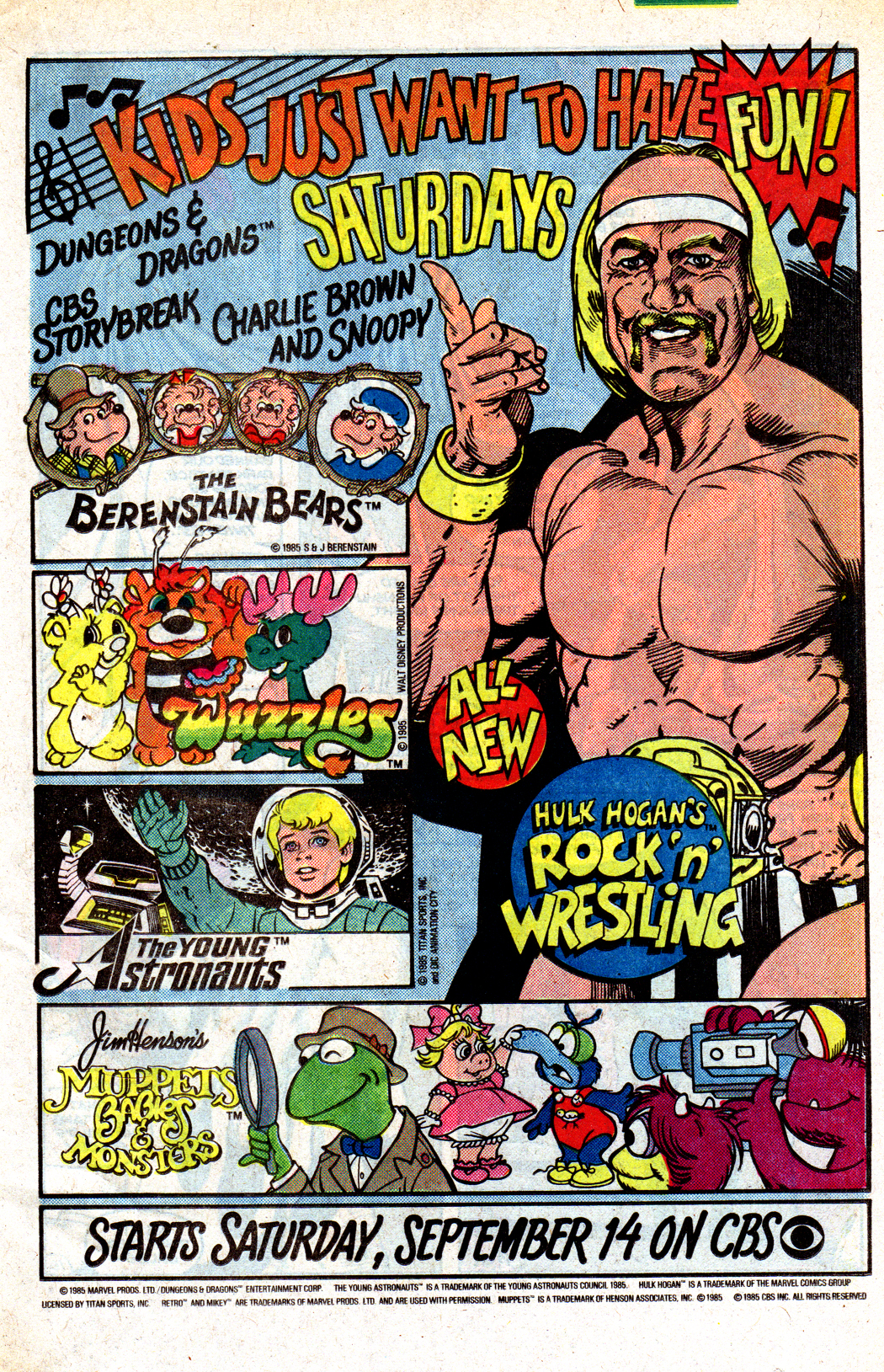 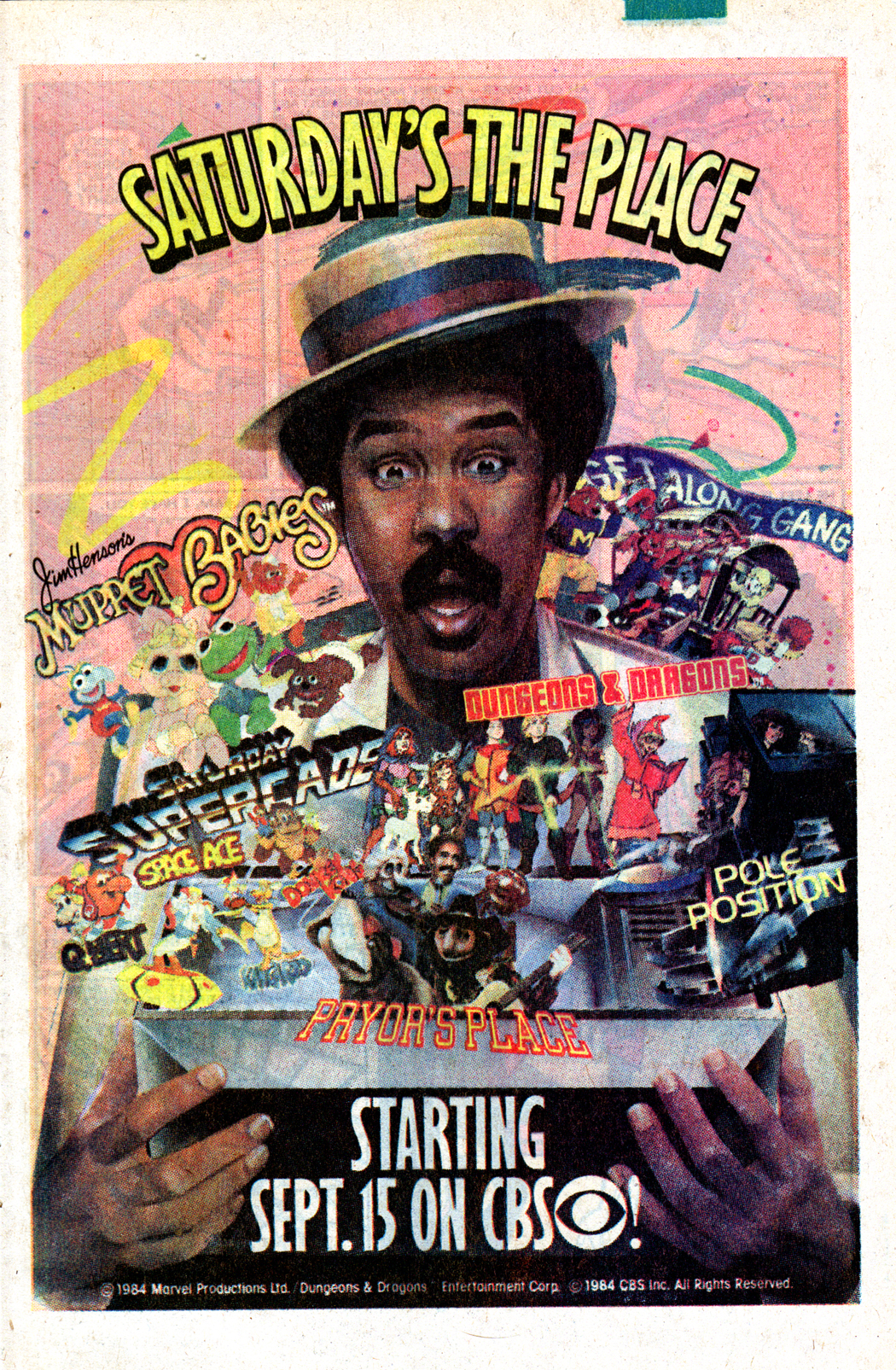 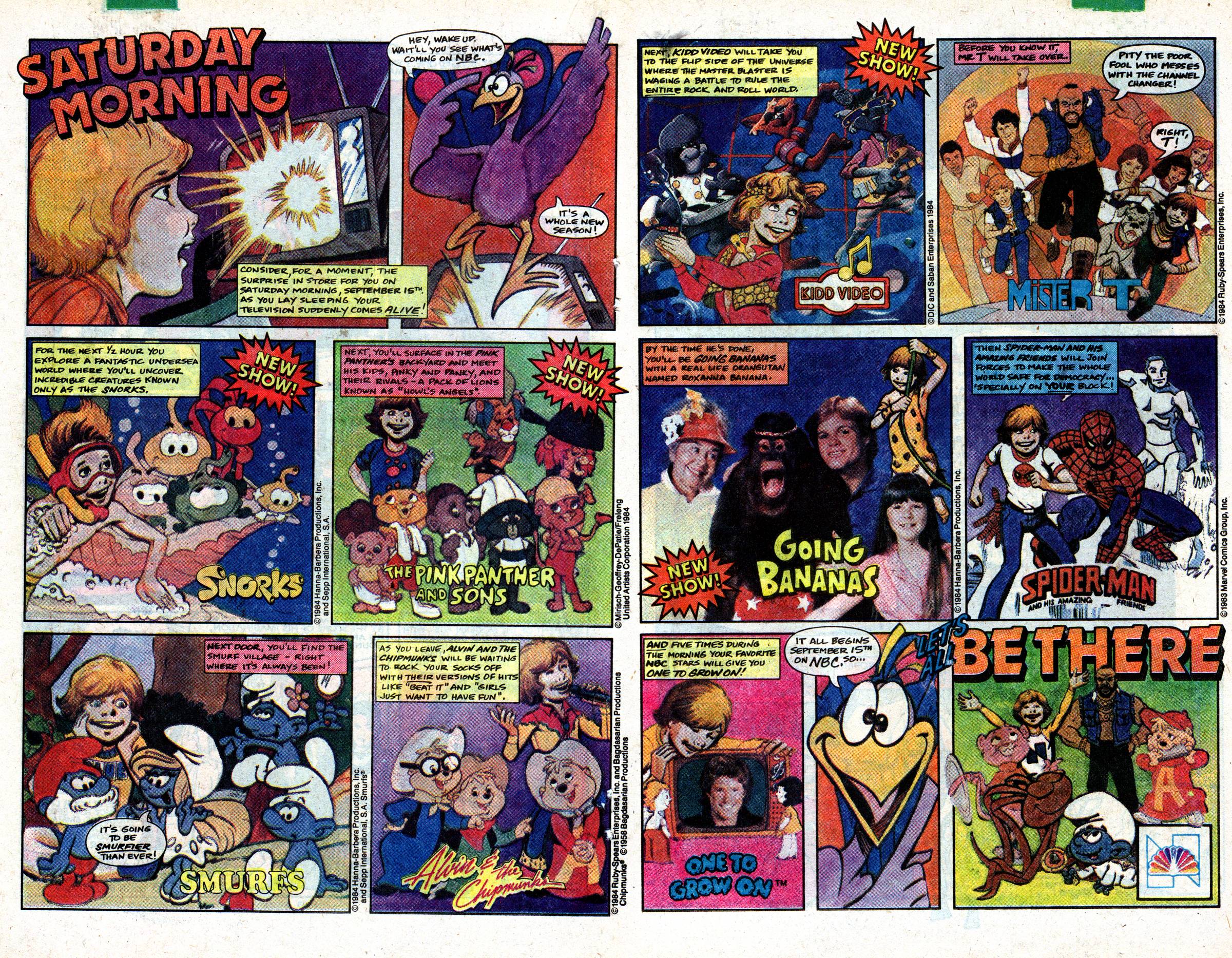 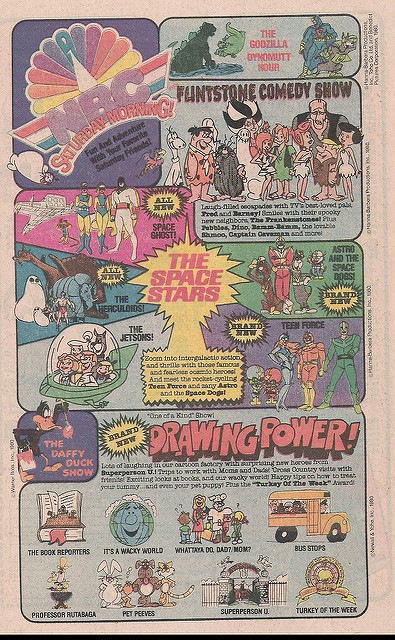 Re: A few posts back:

Wow, that last ABC one is pretty lame in terms of shows that lasted in our memories! I'm sure they each have their fans, but none are classics. Though, I'd like to see that Hardy Boys one sometime. (I do have the two LPs that came from the show.)

BUT that top NBC one is a real golden piece of nostalgia! Smurfs! Spidey and His Amazing Friends! Flintstones Comedy Show! Space Stars! Kid Super Power Hour with Shazam! Yeah, I kept it on NBC and just let it roll that year. Awesome stuff! And that's even without mentioning Daffy and Bullwinkle! Wow, every show a classic, at least to me.
Top 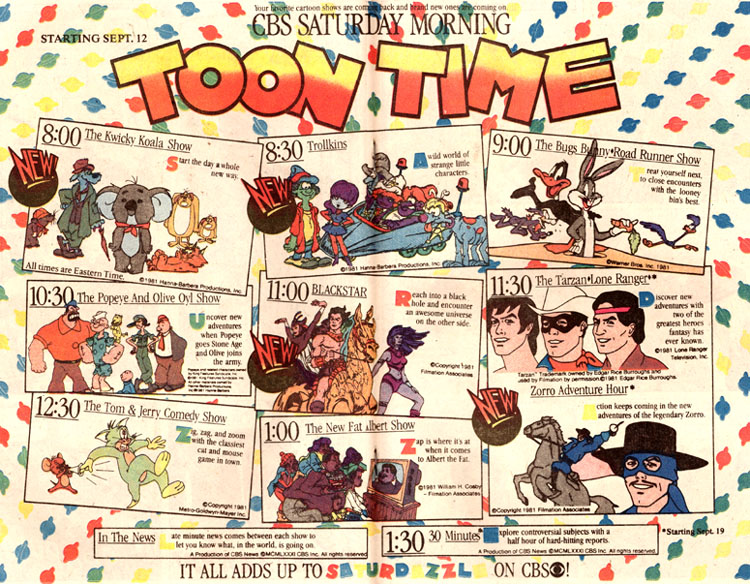 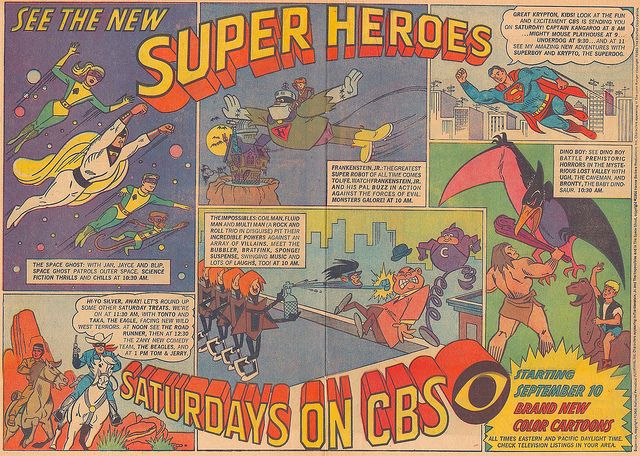 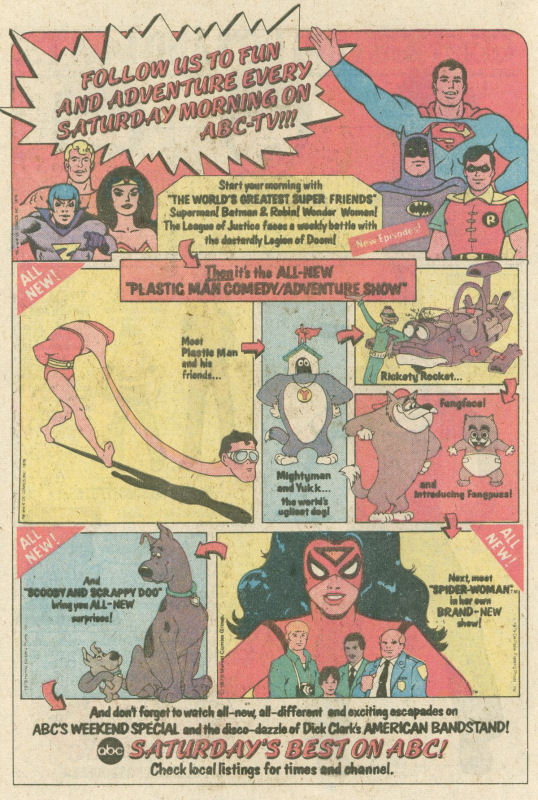 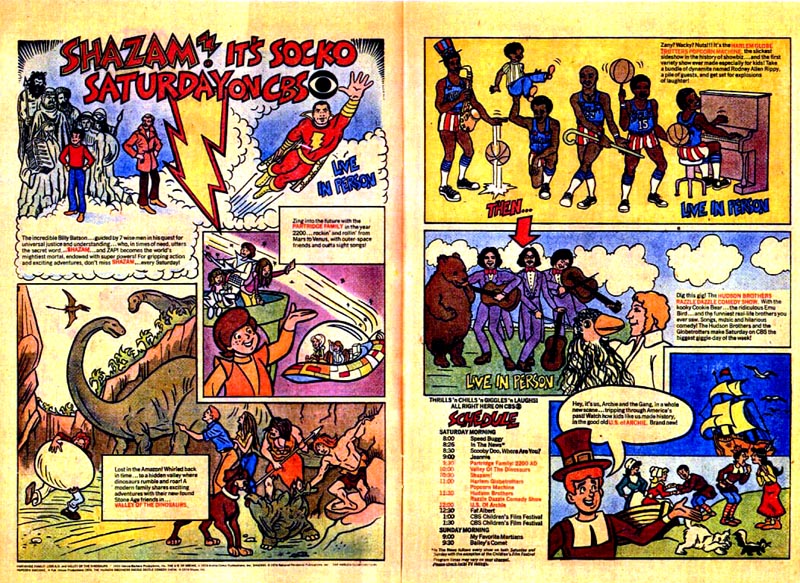 The Hudson Brothers! The Harlem Globetrotters! Rod Hull & His Amazing Emu!
I miss the days of live-action variety shows on Saturday morning...

(And I could have sworn that The Partridge Family 2200 AD was on ABC, with the rest of Hanna-Barbera, but go figure.)
Top

It blows my mind that you guys know Rod Hull and Emu. i mean, that’s pretty British and niche even for some Brits! Thought they would have been totally obscure out there! 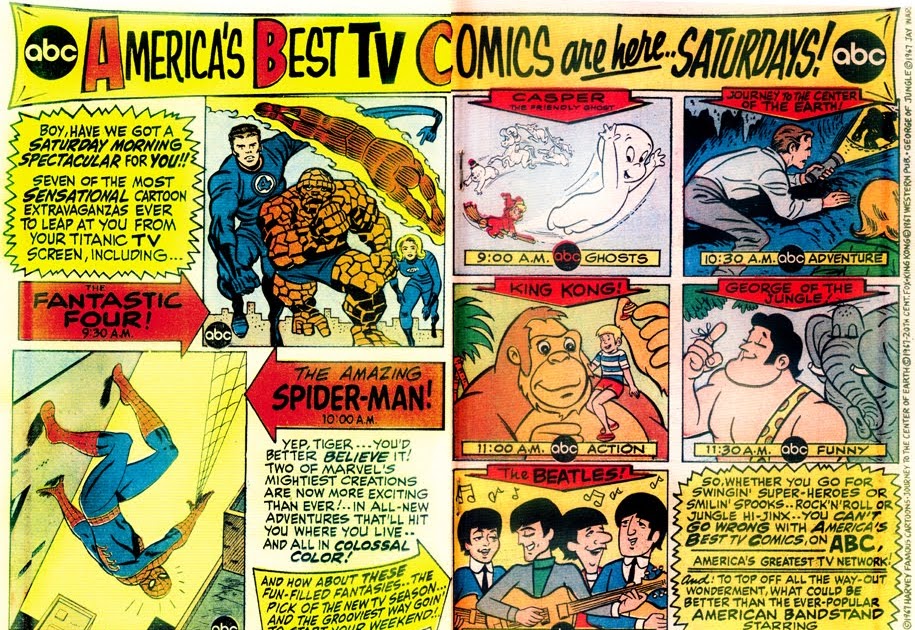 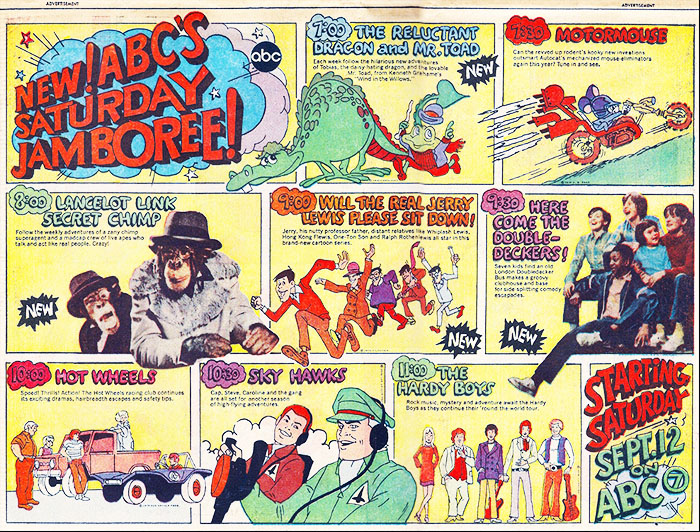 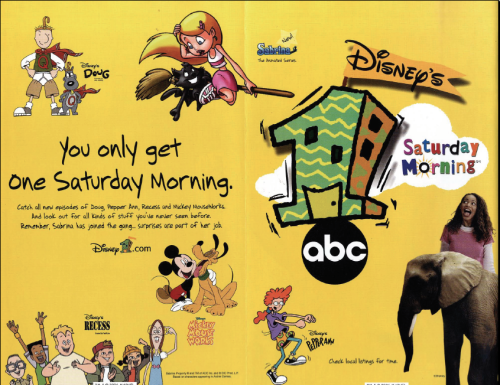 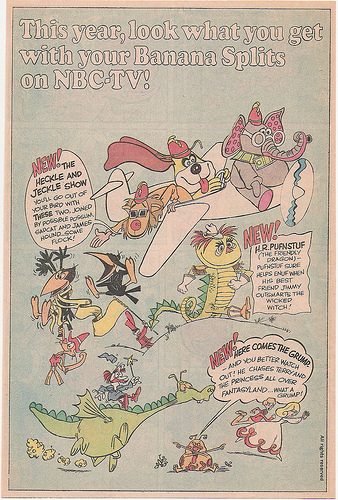 Ben wrote: ↑
May 19th, 2022, 4:16 pm
It blows my mind that you guys know Rod Hull and Emu. i mean, that’s pretty British and niche even for some Brits! Thought they would have been totally obscure out there!

"They" were all over 70's US variety shows at the time, especially shows of the Hudson/Sonny & Cher variety--Early precursor of the Muppets.

I’m so pleased you guys know of Rod Hull! And I’m glad he enjoyed a modicum of Stateside success. He was massive here, both as a guest like this on various shows here, where Emu became infamous for "attacking" other guests on talk shows, and his own couple of series, especially the Pink Windmill (altogether, "there's somebody at the door! There's somebody at the door! …") with Grotbags the witch.

Staple viewing for any British kid in the early 80s, though certainly not an "early precursor" to the Muppets: Rod, along with a bunch of puppet acts in the 1970s (Basil Brush, Rainbow, Spit the Dog, Bernie Clifton, etc), came along about the same time.

Such a simple act, but so well done. Yes, it’s basically a one-note gag, but he's deceptively brilliant at how either how planned out he is, or quick to take advantage of the situation for maximum comedy effect. I didn’t realise I’ve missed seeing him (although he would have been very old by now, he sadly died a good few years back in an unfortunate circumstance), and that brought a big grin to my face!
Top

I remember watching him in the 80s as a kid also here in america. I think he showed up on some kids shows as well.

He had a christmas special also it looks like.

Ah, this was actually Bullseye, another popular show of the time ("you can’t beat a bit of Bully!"). You can see the genuine apprehension from host Jim Bowen when Hull and Emu come on…whenever he made an appearance the other guests knew what was coming…!
Top

The Partridge Family 2200 A.D. started out as a pitch for a Jetsons sequel/revival series with Elroy as a teenager and a young-adult Judy, à la The Pebbles & Bamm-Bamm Show .. I'm not sure how CBS managed to convince themselves that this concept was improved by substitution of the Partridge Family!

At the very least, as an official Jetsons spinoff, the show probably would've finished-out a complete season; PF2200AD was cancelled after only a few episodes!

Here's a couple of concepts from the original 1973 pitch that I found, awhile back:
. 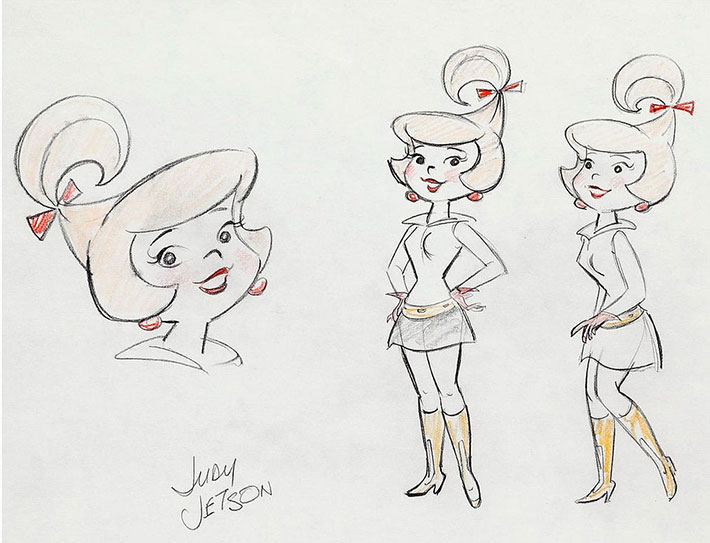 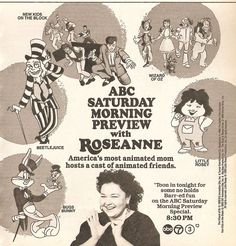 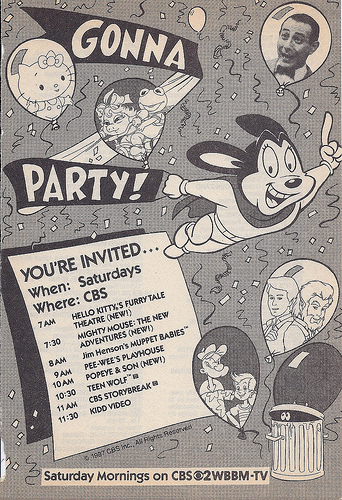 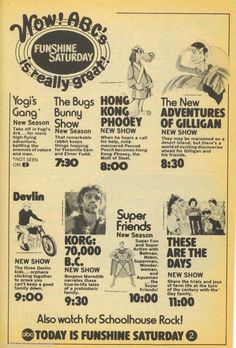 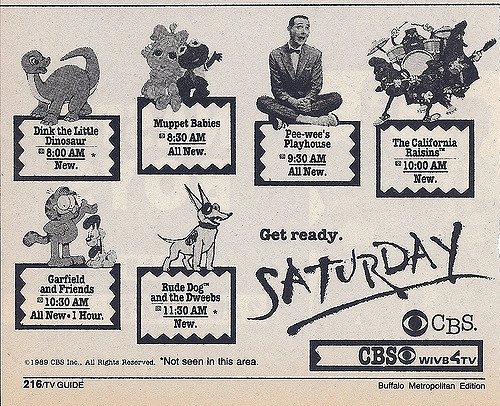 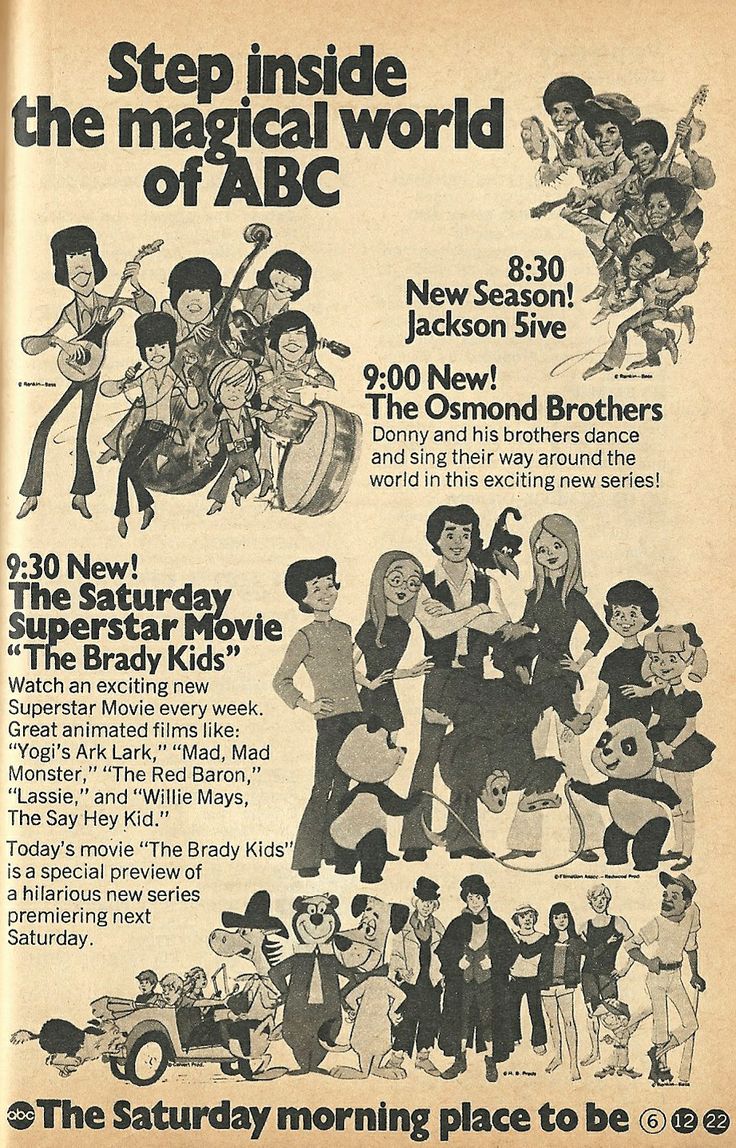 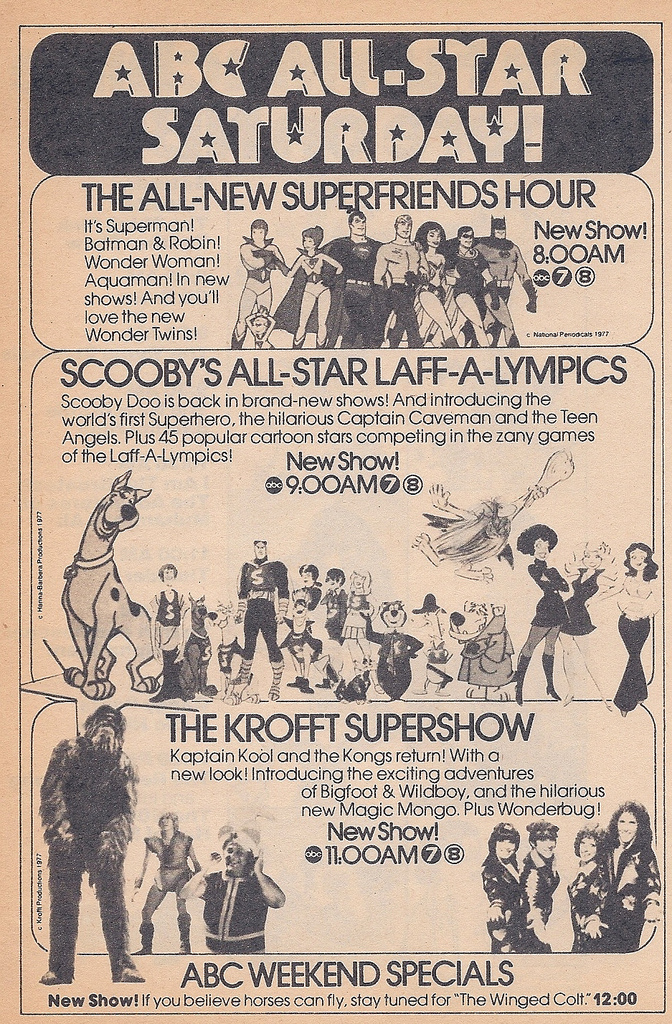 I had an urge to dig up the old Saturday Superstar Movies on YouTube, after finding that Warner Archive H-B DVD with "Robin Hoodnik" and "Oliver & the Artful Dodger" on it--
Seems that MOST of them were test-pilot pitches for Saturday-morning series, when went through, in the case of Yogi, the Brady Kids, and Lassie's Rescue Rangers.

The Nanny & the Professor spinoff, the Rankin-Bass "Mad Monster Party" spinoff, the Filmation "Lost in Space" spinoff, and the Mini-Munsters (where Eddie is now a cool teen)...nnnnot so much.
Top
Post Reply
72 posts