"Who is Rocket Johnson?" is a 72 page graphic novel anthology being self-published by Walt Disney Animation Studio's Story Artists and Directors. It's an all-ages book in which every artist answers the question: "Who is Rocket Johnson?" It will be sold exclusively at booth 2302 in San Diego (http://www.comic-con.org/) and is a limited edition of 1,000 copies.

I’ve put a copy on Ebay to help support research in finding a cure for Multiple Sclerosis.
The book is signed by all of the Disney artists in the book and also comes with a set of pins we made special for Comic Con. The proceeds from this book will be donated to the National Multiple Sclerosis Society (http://www.nationalmssociety.org) to fund cutting-edge research, drive change through advocacy, facilitate professional education, and provide programs and services to help people with MS and their families move their lives forward. The auction will end on Jul-10-2008 at 10:30 a.m. pst.

Please help us spread the word about the book and the auction! 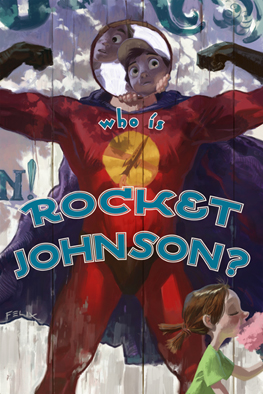 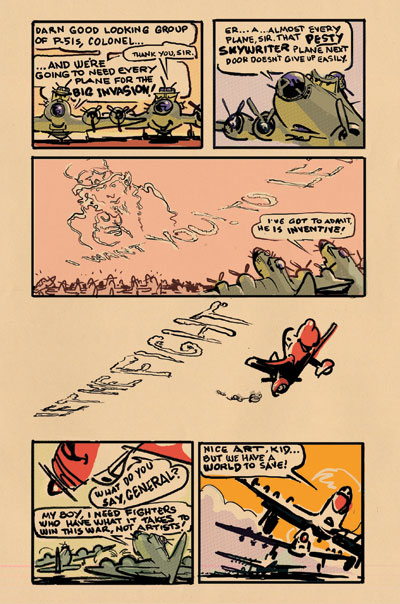 "The Legend of Lloyd Loomis" by Dean Wellins 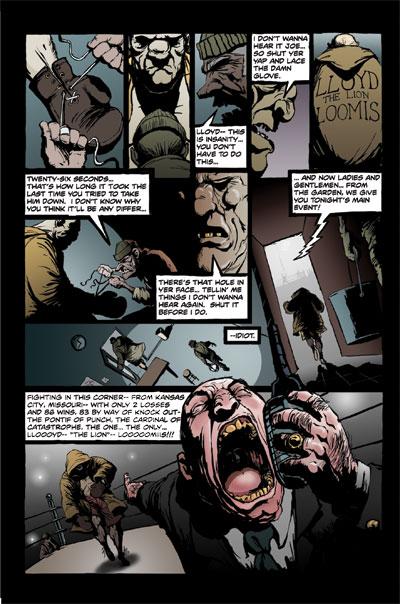 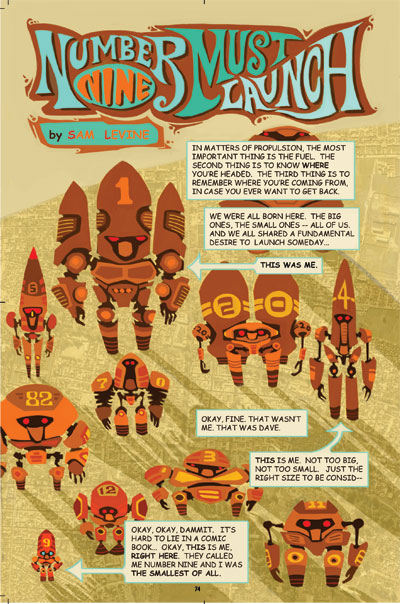 This looks awesome. I just hope 1000 copies will be enough. I definitely want to pick one up.

Looks like the auction is off to a nice start.
Top

Can people pre-reserve these? Especially if we give it a little extra publicity?

I'd love to go to the ultimate geek-fest myself, though it's kinda difficult, since I'm on the other side of the country (Maryland).
One of these days....

Hope you guys have fun (and bring back lots of interesting news, of course!

Cool news! I hope you guys take a lot of pictures of the event!

Josh, I am taking SOOOO many pictures! Maybe I can post them all on a photo sharing site once I'm back, as well as a few on AV.
Top

We'll definitely update our Comic-Con 08 page with some of the best pics!

Sounds like it's going to be an even bigger Comic-Con this year!

Last year, it was ridiculously packed but there were a lot of cool panels.

It DOES seem like the Con to go to if you're interested in animation. (The other cons that deal with animation seem to be too avant garde for my tastes and frankly I'm not that interested in most independent "never gonna see it out of an art snob festival" animation.) Not much good any more for comic books, I'm afraid. There are many other cons that are much better for that and a heck of a lot less crowded, too!

For anybody interested in this Con, you really have to start planning EARLY and get hotel/motel reservations EARLY because you literally can't get a convenient place to stay in San Diego within 3-4 months of the Con (at the latest) if you don't reserve a room early... Try something like Jan-Feb of the Con year early! Yeah, it's that bad.

Also, if you can, plan on going with a friend who you can stand to share a room with for 3-4 days. It's very expensive to stay in San Diego hotels during the con by yourself. If you can split the cost with another person or two, it's a lot cheaper. Hotel rooms can go for $80+ per day. That's a ridiculous amount to spend for a single, but they get away with it!

I'm going to try to make it to one within the next year or two. It just didn't work out this year for a variety of reasons (BESIDES the money factor and a willingness to go).
Top

Yeah, you guys have no idea how hard it was not to "let the cat out of the bag", with these guys throwing hints left and right!

I would've love to go this year, same as last, but I can't. Money really, since I'm in CA. I'm not only missing the opportunity to meet you guys, but so many of my favorite behind the scenes people will be attending, once again Al Jean (!), Butch Hartman, Seth McFarlane, Susanne Blakeslee (the voice of Lady Tremaine from Cindy III!!) and so many others. AHHH!!!

Ah well, maybe I can make it to the sequel.

I have a feeling this won't be my last trip to SD.

Oh, and for those that saw George's post, hotel rooms can actually easily go past $200, up to around 400-500 downtown during Con week! Naturally , we're not staying downtown!
Top

I take the train down each year. :idea: There's a subway which runs from North Hollywood to downtown L.A.'s Union Station; then I take Amtrak from L.A. to San Diego's downtown station .. which happens to be right across the street from one of SD's trolley stops .. and the trolley drops you off literally across the street from the San Diego Convention Center! Then, after a solid 10-hour 'dose' of Comic-Con, I reverse the process to get home.

As a bonus, on the morning train ride down, there are gorgeous views of the Pacific Ocean throughout the second half of the trip .. and, of course, on the evening return trip, one can kick back and read all the books & goodies bought on the dealers' floor that day.

I used to go down for the whole weekend (stay in a local hotel, etc) .. but that was before Hollywood 'swallowed' the Con in the late 1990's. For the past 6 or 7 years, Thursday is the only day I'm able to 'take'. Friday and Saturday are just TOO crowded (for me) now; on those days, there is literally no room to walk in the dealers' room aisles .. and event lines tend to 'fill up' hours before a panel even starts.

The main reason I go to Comic-Con is to see a dozen or so of my 'artist heroes' & mentors, and to pick up their convention sketchbooks (putting money directly into their hands). That can take a good chunk of the day, since they're generally spread out across the show floor (which is enormous). After that, I browse around for nifty stuff in the 'toy' and 'book' sections (generally avoiding the 'Hollywood' booths in the middle) .. and then LOOK at art in the 'animation art' section (since I usually can't afford to buy any of it), and randomly catch a panel or two, if there's anything of interest (and there usually is .. even though the 'big event' panels are generally reserved for Friday & Saturday). By the time I'm done with all that, I'm more than ready to hop a train home .. where I can sleep in my own bed.

One panel which I will attend for certain is the Tribute to (Hanna-Barbera/Disney/Pixar artist) Floyd Norman, from 5:00-6:00 pm in room 7AB .. maybe I will see you guys there..!

I suppose a better excuse would be that I'm saving all my money and vacation time for various trips over the next two summers (all of my good friends have a tendency to move far, far away, so I usually like to spend my summers visiting people).

Hmm.... Come to think of it, I DO have an old co-worker buddy who moved to SD. Perhaps one summer I'll "conveniently" drop by around Comic Con time, and suggest that we both go