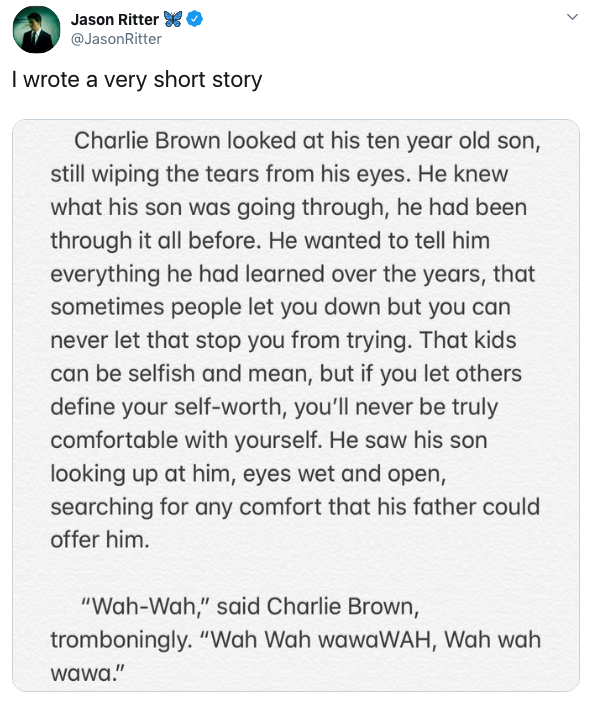 Re: A Charlie Brown short story

B...bu...but Charlie Brown doesn't ever grow up...! This has fudged my tiny ikkle brainoid.
Top

Re: A Charlie Brown short story

Yeah, honestly this did creep me out a little.

(Which makes sense I guess since I was ALWAYS kind of disturbed by the fact that all the adults spoke that way in the cartoons. I mean in Muppet Babies it’s true we never saw what Nanny really looked like but at least we heard her voice! The idea that when Charlie Brown grows up he’ll start talking like that is almost as freaky as the thought of the Smurfs actually aging, or Alf’s planet Melmac invading ours.


(But it was still neat!

)
You can’t just have your characters announce how they feel! That makes me feel angry!
Top
Post Reply
3 posts • Page 1 of 1