I'd already been laid-off in mid-February (unrelated to COVID-19), so my lifestyle was already geared toward staying home and not going out much. I did file for -- and received -- a full 6 months of unemployment insurance. Guess I beat the rush.

I'd also been paying attention to news reports on COVID-19 since January .. and had already started stocking-up on canned goods and long-shelf-life items, beating that rush as well. I didn't foresee the run on toilet paper, though. Luckily, my brother managed to score a large package of it from someplace.

We in California have been under a 'stay at home' order for a week, now. Most stores and restaurants have closed .. and some of them (probably) won't ever re-open.

I did venture out to my local grocery store for milk & bread, earlier today. This particular chain (Ralph's) has instituted a system wherein customers wait in a queue outside (maintaining a 'safe distance') .. and only 25 people are allowed to enter the store at a time, every 15 minutes. There are purchase limits on certain items (meats, bottled water, etc), to keep them from selling-out too quickly. The shopping atmosphere inside the store was much more relaxed than the near-bedlam I'd experienced on my previous trip, a little over a week ago; less-stressful for both the customers and the staff.

Unfortunately, the studio I've worked for most often over the past several years went entirely 'belly-up' back in December .. and the other (where I was working in February) is highly-dependent upon consumer trade shows (like E3, COMDEX, SIGGRAPH, etc) .. almost all of which have been postponed/cancelled for the foreseeable future.

So, I'm gonna use the down time to learn some new software, and to create new works for an online portfolio. Hopefully, there'll still be some studios to work for, on the other side of all this ..

The summer shoot I was due to go on in Morocco is up in the air (they bizarrely haven’t officially cancelled it yet but I can’t believe it’s going ahead) and even if it went ahead with a small crew I can’t think that I would be able to be on it, so that puts me in jeopardy on the rest of the post process on this one and basically means my year's salary is wiped out (I do roughly a project a year that essentially pays the bills for the rest of it).

So at least I am used to being a home a lot, and there’s lots to get on with here in the garden, so hopefully we'll actually come out of this with a lot of home projects done, though that’s a big hit to wages. They’re saying unemployment payment is available but it’s a fraction of what I would be earning. Employees here can apply for 80% of their regular income but freelancers are out in the cold (so far...a lot of film workers are piling the pressure on)...
Top

I've averaged working only 5-6 months out of a given year, for the past while .. so, I'd long ago developed the habits of socking-away more than half my take-home pay, and remaining debt-free/reducing costs, so that my unemployment insurance payment (which is roughly 20% of my average weekly paycheck) actually fully-covers my recurring monthly expenses .. with even a bit left over, for food/gas.

So, I'm probably 'okay' for the remainder of this year, if need be .. and, yeah; I realize that puts me in a better position than most folks, right now.

So, what is everyone doing to stay positive? I have been reading Jack Cole Plastic Man comics from the 1940s, watching Abbott & Costello and Danny Kaye movies, reading 20,000 Leagues Under the Sea, and exercising.
Top

The whole back of the shed is clear (four years in the making, then done in a day once I made a start!) and leftover building materials are either getting redistributed around or thrown out. Jen has planted onions and potatoes, with carrots and more to come.

Weather here is gorgeous, bright and sunny, hot if you get too active but otherwise nice and warm. The news is on almost 24/7 in the background, but there’s time for movies in the evening...and D+ starts here tomorrow, so that will need a looksee.

We're in good spirits. I’m home a lot anyway, and Jen's set up in my office "working" from home, so it’s not too much change. I ventured to the vets to get four month’s worth of stuff for our "pup" Branston, who’s just enjoying having even more attention, but that was just across the park on the edge of town, so I only saw about four people and we all dodged each other.

All in all, we're just being super sensible and safe, and will get through this in the end.

It's a little chilly here yet to work too much outside. The snow will be melting today, but it's colder again tomorrow. But my wife has started planting vegetables inside, so we'll be well ahead by the time it does warm up.

Last week was a tough adjustment for everyone, but I'm hanging in there. Just keeping life simple at home and making the best of it.
Top

Not that we can do much else now...the government here has finally woken up and put the whole country into lockdown as of a half hour ago. All shops are to close, gatherings are down to only two people, and all events and functions are off, only being allowed out to buy essential food and supplies.

Interested to see how this will go down with some of our, let’s say, lesser accommodating citizens...already the chaos has begun with the police force saying they were not briefed about this move and how they enforce it...!

I'm taking it serious but it's so hard for me to feel like something serious is happening when I am required to still go to work. Admittedly my school has seen numbers drop from 750 down to 50 since the Premier had more balls than the Prime Minister to say 'Children are not required to go to school, unless necessary. All learning will be online until further notice' The upside to all this is my upskilling with Google Classroom etc. So since the UK has been ordered into lockdown I'm guessing Australia will go into lockdown just before Easter allowing us all to go into a chocolate coma.
Top

WOW, what did I just watch??

(And wow I think actually posted here that 80s anti-smoking PSA wayyyyyyyyyyyy back when. Ha.)


Thanks for posting, Dacey!

. Definitely relieved some stress.
You can’t just have your characters announce how they feel! That makes me feel angry!
Top

I've seen the same local stores literally emptied of fresh and rotisserie chicken, where no one has even TOUCHED the pork chops and ribs. I've found some great next-day reduced-for-quick-sale bargains.

I don't know why the chicken thing, I'm guessing it's another rumor that got out of control--Like that rumor that China was going to cut off our toilet paper supply when they closed the borders...

---
And to quote the latest Internet meme craze:
Corona trapping us in our little rooms has indeed made this a TANGLED world...When will our lives begin again? 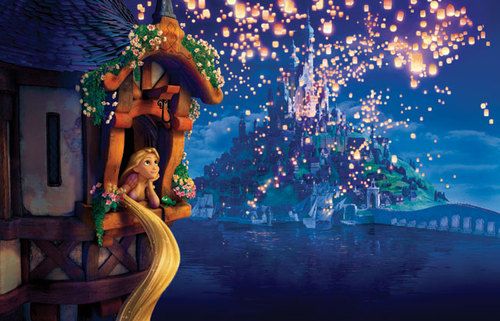 Day 14 of being in quarantine and I'm holding up just fine. I'm usually home most of the time anyway, so not that much of an adjustment. Still, it's the little things I miss like being able to physically go and eat in a restaurant and shop at my favorite places. Markets have been a little better of late, yet far from normal. Been able to secure some real food at least.

I've been doing some cleaning and watching a few movies and shows. Playing video games, too. Anything to try and make do. Only watch the news once or twice a day because too much can really take a toll on you. Sounds like each day it keeps getting worse, and we've already passed China in deaths! Scary uncertain times...
Top

Making the most of it here. We are vigilant in our self isolating. I have been doing lots of reading, and watched three movies yesterday. Best to just enjoy not working, aside from making some calls. I would rather be seeing people at my office, but that is months away, so for now I will try to enjoy all the free time. I do miss restaurants and shopping, but that is a small price to pay for being safe.
Top

Do remember, amongst all the movies and videogames, to keep getting up and moving around. You don’t want to end up in hospital with any other kind of complications!
Top
Post Reply
266 posts