Some of the Disney ones are pretty good, but again I think the human characters work best. (Mickey ones tend to be good, too, for some reason.) Radioactive Man is my lone Simpsons Pop.
Top 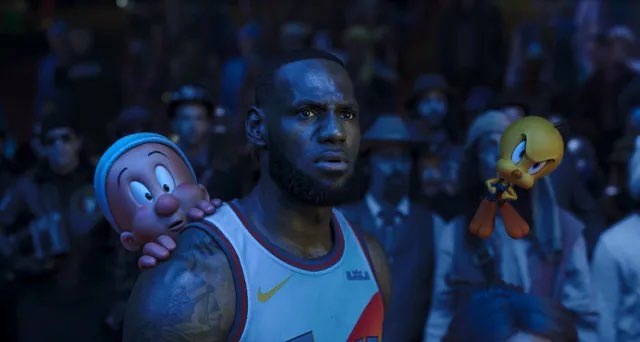 Yeah, and he's wearing a headband again like in the original. Nice little continuity. Same with Tweety's temper.
Top

Original is getting the 4K treatment:

CELEBRATING ITS 25TH ANNIVERSARY, THE MUCH-LOVED FILM WILL BE AVAILABLE FOR THE FIRST TIME IN 4K RESOLUTION WITH HIGH DYNAMIC RANGE (HDR)

Own it July 6th on 4K Ultra HD and Digital

Burbank, Calif., May 11, 2021 – To celebrate the 25th anniversary of the beloved classic, Warner Bros. Home Entertainment announced today that the perennial family film Space Jam will be released on Ultra HD Blu-ray Combo Pack and Digital on July 6th.

The world’s greatest legends collide in a future universe with Jordan as a live-action hero entering a spectacular animated world. Captured by Bugs Bunny to foil a ghastly gang of space creatures, Jordan must play the basketball game of his life to save the beloved cartoon heroes from a hideous kidnapping scheme.

On July 6th, Space Jam 4K UHDwill be available to own for streaming and download to watch anywhere in high definition and standard definition on favorite devices from select digital retailers including GooglePlay, Vudu, Xbox and others, and will be made available digitally on Video On Demand services from cable and satellite providers, and on select gaming consoles.

*Digital movies or TV episodes allow fans to watch a digital version of their movie or TV show anywhere, on their favorite devices. Digital movies or TV episodes are included with the purchase of specially marked Blu-ray discs. With digital, consumers are able to instantly stream and download movies and TV shows to TVs, computers, tablets and smartphones through retail services. For more information on compatible devices and services go to wb.com/digitalmoviefaq. Consult a digital retailer for details and requirements and for a list of digital-compatible devices.

Warner Bros. Home Entertainment (WBHE) brings together Warner Bros. Entertainment’s home video, digital distribution and interactive entertainment businesses in order to maximize current and next-generation distribution scenarios. An industry leader since its inception, WBHE oversees the global distribution of content through packaged goods (Blu-ray Disc™ and DVD) and digital media in the form of electronic sell-through and video-on-demand via cable, satellite, online and mobile channels, and is a significant developer and publisher for console and online video game titles worldwide. WBHE distributes its product through third party retail partners and licensees. 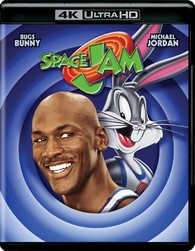 Same non-features, usual bad cover, shameless 4K cash-in on a pointless transfer... Nope, thanks. Has this ever gotten good cover art? I think the only half-decent poster was the "half faces" Bugs and MJ one, and even that didn’t really sell the film. With all of the WB goodness waiting to come to Blu-ray let alone 4K, they choose this!? Not even a new Atmos track!
Top

Of course they removed the bonus cartoons and tv specials.
Top

Lousy cover, for a film I shouldn't have even bought on Blu-ray. Glad to have the 2-disc DVD, though.
Top

My justification for the Blu was that it was in that four pack with two other films I wanted to see...and that Yogi Bear thing, so at least there was value to the few bucks I paid for it. I only got it as it was cheap, since I had the LD already, and that would have done me for the one time I might ever watch it again!
Top

Poor tweety. The spider girl stepped on him. Also we get a look at the cg road runner.
Top

As said before, this does look like a pretty awesome translation of hand-drawn to CG characters. If only the Tom & Jerry movie had gone this route, not that it would have actually helped that total mess of a film.
Top

They simply look gorgeous. Love, love. Still no front shot of Gossy, and Tweety's voice still remains the weakest for me. But hey, at least Granny isn't just a cheerleader anymore. Her scenes are hilarious. If only June Foray were still with us!
Top

Closer look at the tv spot and easter eggs.