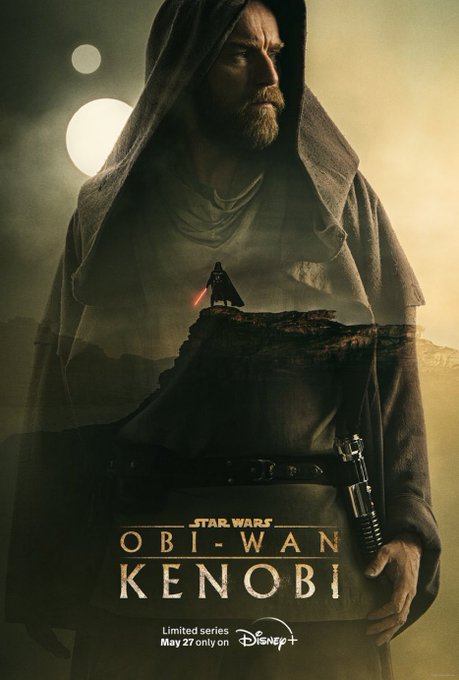 It's May 25th already? Where did those three weeks GO?

So as Dacey, and probably Rand, saw on my social media posts, I spent Saturday up in Anaheim for Celebration. Turned out to be lots of fun even with only being able to spend just one day at the event. Had concerns with parking nearly taking me an hour to get to the designated Disneyland lot (had I gone straight there instead of being turned around I might've saved thirty minutes), but I managed to still get through the key stuff I was interested in doing.

(Lemme know if pics aren't showing up, they're being linked from my Facebook)

I had a gut feeling that I'd not be able to get into the Saturday morning presentation no matter what (so I missed out on seeing the footage of the Ahsoka live-action series shown), so I planned around that eventuality and decided instead to check out the Saber Guild and one of their short lightsaber duel performances, which was pretty nifty. Prior to and after, I did a quick tour of some of the booths before getting in line for Celebration Stage (located at the arena where all the big programs would be held). I decided to go for that as opposed to the Costume Contest because I was not sure I'd be able to make it back to Celebration Stage in time for Tale of the Jedi, so sitting in on the Behind the Scenes of The Mandalorian and The Book of Boba Fett presentation was what I went with and was rewarded with getting a really good non-VIP seat.

Hidden for some spoilers in case folks haven't finished watching Mandalorian or Book of Boba Fett:

The BTS presentation turned into a nice, informative affair as members of ILM, Skywalker Sound, and Legacy Effects co-founder John Rosengrant talked about bringing the shows to life and taking on some of the more challenging aspects. These include the inception of The Volume (the groundbreaking LED stage created to bring the diverse worlds of Star Wars to life), Rosengrant's approach to making Grogu real, the visual and sound designs for adapting animated character Cad Bane to live-action, and insight into the Luke Skywalker scenes. Accompanying the talks include the original test footage that sold everyone on The Volume (including James Cameron, who visited the set during filming of the Avatar sequels), photographs and concept art of developing Grogu, and footage shot of Mark Hamill performing the scenes in Book of Boba Fett to give reference for body double Graham Hamilton. It's a good watch and is available to view online as it was part of the Star Wars Celebration Live! streams on the official Star Wars YouTube channel, so check it out if you got an hour to spare.

Here's a video of just the presentation itself cut out from the Day Three stream:

There was thirty minutes before the Tales of the Jedi presentation, so the MC picked out five volunteers from the audience and it was revealed they would be partaking in a dance contest. The idea being that each picked a number between 1-50 and that number determined which song the DJ would play to dance to. A couple folks were clearly nervous at having to dance at all, which one having to do ballet. This one girl dressed as a Sith, though, pretty much owned the whole thing the second she danced to her randomly selected song, Tina Turner's cover of "Proud Mary". Even the MC knew she was gonna win it even after throwing in a group dance session and finally a dance off with another volunteer, who happened to be a podcaster. Nevertheless, the whole thing turned out to be a fun way to kill time.

I imagine some folks have read up on the reports from the Tales of the Jedi presentation, so I'll just hit highlights here instead of a full recap (which I did on the AV Twitter account). It'll be an anthology series of animated shorts with six episodes currently set for this fall for Disney+. Half the episodes will explore different points of Ahsoka's life while the other half will examine Count Dooku's decent from Jedi master to the dark side as seen through the eyes of his padawan Qui-Gon Jinn. In addition to Liam Neeson, his son Micheál Richardson will voice Qui-Gon when he's younger. Attendees were treated to a full screening of the episode "Life and Death", which chronicles Ahsoka in her infancy and received a rousing standing ovation. Voicing Ahsoka's mother will be Janina Gavankar, who previously voiced and did the motion capture for Iden Versio in Star Wars Battlefront II. Dave Filoni noted that the series will get dark, particularly with regards to the Dooku episodes, before the trailer was shown.

I wondered around the floor for the next hour and a half to check out the various things that were on display and to catch as many pictures of cosplay as I could. I was very tempted to spend money on stuff, but managed to still myself from doing so surprisingly. But man, there were things I so wanted to buy had I not had two other conventions down the pipeline later this year (Comic Con and D23). Fortunately, there was a lot of cosplay to look forward to. Some of the most incredible included someone tall enough to physically be Chewbacca with pre-recorded sound effects added to the mask, an awesome General Grevious animatronic that was as close to fully functional as you could imagine, some crossovers with the likes of Frozen and Sailor Moon, and some very lovely ladies cosplaying Mara Jade. The funniest one was a guy dressed as Spider-Man, no Star Wars theme added, walking around with his redheaded wife wearing a jacket that had Ahsoka on the back and pushing a baby stroller with their infant daughter.

Ultimately, the other big thing of the day for me was the one photo op I signed up for: Ewan McGregor. I jumped as quickly as I could to sign up when the ability to do so opened (knowing it would sell out fast) and was the biggest reason for me making the trip. That his session would be done late in the afternoon helped in allowing for me to attend panels without too much worry. The photo sessions were being done next to the Star Wars Celebration Live! stage, so we caught whatever was going down over there and we were just lining up when Giancarlo Esposito did a ten minute interview there, so the whole area was just packed with a sea of humanity. For the photo op with McGregor, they made it clear ahead of time that no props were allowed as, given how packed this would be, it would essentially be shoot and go. I nevertheless did get to shake his hand and say "Hi!" when it was my turn and then afterward we had a hilariously awkward exchange of whether to shake or fist-bump. A nice moment was when I was as we were exiting after picking up our individual hardcopies a couple girls behind me were clearly getting emotional as it's clear they never imagined getting this opportunity to meet McGregor and now they had their picture taken with him.

And that was it for me. I only realized after the fact that there was an autograph/selfie session that would've been of interest to me, but I'm more than satisfied with what I was ultimately able to do.

Very cool, Dan! Sounds and looks like you had a great time! I’ve bookmarked that behind the scenes video…very interested to see that, thanks!
Top

Pretty awesome. Some real effort went into this. "Set blasters to fun".

Looks fun. These are usually good for a few clever moments and laughs. Plus, Weird Al!
Top

Sorry, but where are those in this trailer?

Well, okay, yes. There is that. But the snippet we hear doesn’t sound great, and not a parody…unless he’s purposely *doing* a parody of a typical, tuneless party-type song like we used to get on the end of every CGI movie for a while, so maybe it *is* clever…maybe? I’m much more intrigued by the Weird Al biopic starring Harry Potter…
Top

Yeah, Weird Al wishes he ever looked that good shirtless.

Kinda surprised it's not theatrical.
Top

God, just think how amazing the Prequel Trilogy would have been if only the tone/storytelling of the last five minutes of Sith had been present throughout everything that came before it! (Especially now, comparing this to the 99% emotionally-dead-in-the-water Sequel Trilogy.)

I mean you have everything the PT was supposed to be, or at least what we thought it would be, back in 1999. The epic tone of the OT combined with actual insight into the STORY.

Wasn't really a fan of the show. It was just ok...
Top

Actually, it was awful. Just terrible writing. The cast was good, except for Hayden (again). But Disney has yet to make me want to see SW continue.
Top
Post Reply
1200 posts