Kind of reminded me of the guest Muppets that performed with Harry Belafonte on The Muppet Show a good few years earlier. You could tell Jim was the "main" character, not just because he *was* the main one singing, but from the movements. That looked like it could have been quite heavy to operate too.
Top

Brilliant, and so well done. The gong whack was the best.

Fun, though I’m thinking this is all/mostly repurposed old footage (?), since the sync betrays the amount of words and syllables. But the different logo and soundtrack are spot on!
Top

Muppets get a new logo:


The Muppets wrote:The Muppets Studio is pleased to present a brand-new logo for The Muppets franchise to represent Kermit and the gang. In the coming months, you’ll see this replace the former logo introduced in 2011. 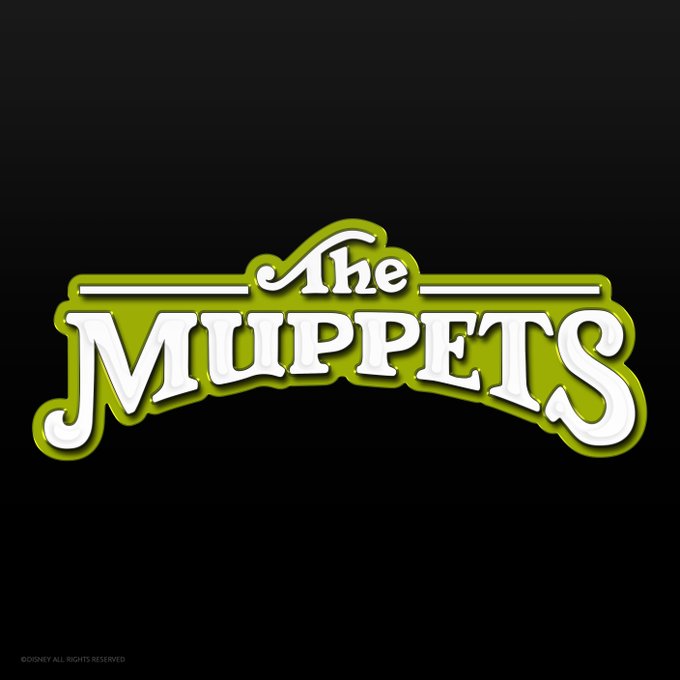 I like it. The old logo was pretty bland and boring, this one has a classy retro feel, but fanciful and silly. Very Muppety.
Top

The giant S on the end feels unbalanced and makes the M feel smaller than it is, but it’s more of a retro Muppet Show feel, kind of close to some of the annual logos, like this one:

Kind of wish it was a bit closer to that, or with the red/brown on pale yellow usually associated with them, but I get that everything has to be Kermie green now.

I do still keep seeing that as Muppet3, though (stare at the first P in the double PP in the middle and then you can’t unsee this).
Top

Have to admit, despite fan obsessions in my early years, I'd kind of scraped off the Muppets after Jim Henson tried to in the late 80's--Never meet your heroes, or research them either.

But just two weeks ago, I came back from a bad WDW trip, turned on Disney+, and wasn't in a mood for watching any Disney content, so I found myself digging into old Muppet Show reruns for...probably the first time since Fraggle Rock came on the air, and now it's reawakened a two-episode binge every night.

I'm actually finding it easier to forget my embarrassing fan-obsessed childhood and enjoy the show as a classic-rerun relic, knowing most of the core performers are gone and the new replacements and post-Juhl writers will never measure up--Not to mention discovering the UK segments for the first time (didn't buy the DVDs), including that bit from the Señor Wences episode that showed up in "An American Werewolf in London".

Sometimes, you need a few years' breather to appreciate things.


Ben wrote: ↑
July 2nd, 2022, 4:24 pm
Kind of wish it was a bit closer to that, or with the red/brown on pale yellow usually associated with them, but I get that everything has to be Kermie green now.

Yeah, it's not easy--You tend to pass it over, as it's not standing out like flashy sparkles in the water, or stars in the sky.

I know, right? It’s because that S is too thick! Weird!

Eric: not sure I get all of your post as per usual

but it was a really nice one (that wasn’t rant-filled for once!), and I’m glad you have reawakened your Muppetenthusiasm again. As has been said here before, my early years were spent on the set of The Muppet Show and Caper, so I as fan-obsessed in a slightly different way. Luckily, my sister and I had Muppet merchandise out of our ears as a consequence, much of which I still have, but this was never embarrassing to me and is indeed now even cooler than it was way back when, when Jim gave me an actual Kermit and I made ny own 8mm films with it (him), though had scant regard for the precious item that it was and so subjected him to various acts including swimming in sea water, being thrown about, blown up, etc, which slowly and sadly resulted in his falling apart…

But those days were golden days, and really it was the Muppeteers that kept me interested even after Jim moved on to other things, and then also sadly passed on, obviously, before the revival started with Christmas Carol and really kind of went on until they were sold to EMTV, which was the start of a long lull. It was great that they finally ended up at Disney at first, but as with Star Wars, the old guard is now mostly all gone, as you say, and there seems to be something of a refusal to bring Oz back into the fold (or a declining on his side?) and they don’t really seem to know what to do with them. There are traces of that old Muppet Magic, but really, as we know, it’s like Disney itself: theres's Walt/Jim and post-Walt/Jim, and although there are bright spots, moments of nostalgia, and genuine times when the original influences still shine through, these are vastly different animals (haha) than were originally created. I do hope Disney sticks by them — they have the ability to be huge again (why don’t they have their own Muppet tile on D+!?) — but at least they have a safe corporate home that should ensure the classic stuff remains visible and available. I’m glad you’re enjoying it again — everybody needs more Muppets in their lives.

Over here they have their own collection:

but it was a really nice one (that wasn’t rant-filled for once!), and I’m glad you have reawakened your Muppetenthusiasm again. As has been said here before, my early years were spent on the set of The Muppet Show and Caper, so I as fan-obsessed in a slightly different way.

, so was saying it's good to know I could reawaken my Muppetenthusiasm on an academic level.

(One thing, for ex., is looking back at how the Miss Piggy merchandising of the early 80's after the first Movie went way over the top, and now I'm able to historically sit back and appreciate just how much underappreciated improv energy Frank Oz could put into Fozzie Bear and still create great character moments.
Growing up, tastes change, and I found myself moving on from the Piggy->Kermit "romance" to the Lum Invader->Ataru Moroboshi "romance" of the 90's anime invasion. Lum was cuter, less shrill and didn't karate-chop.)


There are traces of that old Muppet Magic, but really, as we know, it’s like Disney itself: theres's Walt/Jim and post-Walt/Jim, and although there are bright spots, moments of nostalgia, and genuine times when the original influences still shine through, these are vastly different animals (haha) than were originally created.

There was Disney's Muppets before that ABC monstrosity, and there's Disney's Muppets after--The corporate innocence was lost after that attempt to try and juggle Nostalgia with Ironic Hip Grownup-Boomer Decade-Nostalgia, as they thought they were doing with the '11 movie.
I don't crack up with nostalgic glee seeing YouTubes of Beaker singing Freddie Mercury songs, and I tend to appreciate the vintage Show more on the level of "Just whatever DID happen to the glory days of the 70's Variety Show?"

(Of course, as we know, Carol Burnett and Kermit the Frog were part of what happened to it, since they both raised the bar too high for other shows to measure up to, but really, was Donny & Marie so wrong in its day??)
Top

Quoting chunks of Caper and Crystal is something I’m absolutely 100% proud of each and every day!

The ABC "thing" and subsequent removal of Whitmire is the line that, for me, will forever be the turning point between Henson Muppets and the few years they went on under Disney with similarly influenced good intentions, and the post-Henson Disney Muppets that don’t quite behave like or reach the high standards of before. When Dave Goelz finally joins the old gang, it’ll be the real end to what The Muppets really were…
Top

I've been slowly making my way through the ABC Muppets show on D+, and once you get past the first couple of awkward episodes, it really becomes quite good. Not exactly classic Muppets, naturally, but pretty darn good.
Top

Well they had a midcourse correction, but not enough to save it. For what it could have been it just feels so wrong and weird and the nadir of the franchise. Glad you enjoy it, but it’s certainly not "pretty darn good" by any stretch!