If the new CEO's message was "Give it up, guys, it's not the 10's and even MCU is sinking, we're trying to run an actual corporation here, move on...", I heartily concur.

Trouble is and what people are mad at is it had the SAME score as the other two dc films that ARE coming out so if its killed over its great and not bad at all mid 60 score so should those two. In others words the bad score is not true. Scoob had a great score also.
Top

It feels totally desperate. And it's not like they'll get all their money back on a tax write-off; I assume it's only a percentage, just like what an individual gets in a tax deduction. In fact, what they get back might be equal to what they still had to spend on post-production costs or publicity.

Okay, so say that they save $15-25M each on the tax write-off and an equal amount on post-production, and again on publicity. (Yeah, I'm totally making those numbers up; maybe it's more.) So, yeah, they save themselves that money. And its quite possibly the right move financially, as Batgirl was not going to drive an equal amount of revenue with new subscribers, and eventual DVD/Blu-ray sales would possibly only have been in the low millions of dollars, if that. So, I get that it makes sense. (But then, how stupid was it to give such a large budget to a streaming movie? I know, that was a whole different set of decision-makers, and many decisions were made in the height of the pandemic that wouldn't be made now.)

However, this is, as we know, all part of the "bold" new corporate strategy. HBOMax is moving away from "scripted content" altogether (leaving, um, what exactly...?). The CW is expected to be sold off. DC will become nearly exclusive to the big screen for a while, or perhaps we go back to the old days of licensing characters out to smaller production companies. And with Sandman a hit, that's not necessarily a bad thing.

But I just look at the bridges that have been burned. The corporation has created a lot of bad blood from all the folks whose work will never be seen, and fans also feel let down. I guess the new company doesn't care about that right now; they figure they'll survive and be stronger for it in the long run. But for now, it looks pretty ugly. I mean, who wants to work for a company in so much transition? Yes, lots of people will take work wherever they can, but big names have options and will look elsewhere.

And at the moment, it's hard to see why anyone would subscribe to HBOMax. It's not turning out to be what was promised (add in the news that Warner is even removing their own films from the service!), and I expect to see tons of subscribers bail. And how appealing does the CW become to potential buyers, just after the most popular shows have been taken off? What does the CW even look like anymore?

It's all very messy, and of the corporation's own doing.
Top

The thing is, $80m isn’t a lot for a streaming movie. It’s only $20m more than most streamers are budgeted at (and WB's own new mandate to make films around that figure). The budget raised by another $10m due to Covid, which they could have maybe claimed back as an insurance cost. And the 60s score it was getting was with temp music and unfinished VFX! It literally makes no sense.

So, yeah, $80m or even $90m is small change next to Netflix's Gray Man or any of the Pixars that why direct to television (all coming in around an eye-watering $200m!), and is it much more than what WB say they want to now spend. Something more is fishy with this other than just a tax angle, and it’s more a total trashing of previous exec decisions…
Top

That's pretty normal with new ceos. They tend to do that. For better or worse.
Top

But what's that going to do to the channels?
I remember when the WB vs. UPN war bought up most of the remaining local independent UHF stations and made them show programming, and then when UPN was sold off to be merged into the CW, that left a handful of local independent UHF stations--like our once-mighty WSBK-38 in Boston--with nothing to show except for UPN's old Viacom/Paramount packages of Everybody Loves Raymond, King of Queens and Everybody Hates Chris reruns that were now shown in four-hour blocks.
(They used to show Red Sox, movies and reruns, but MLB bought up most of the major games for Fox and PPV, studios stopped selling movies to local channels, and classic reruns were bumped off to disc, so that corporations could make more money syndicating the just-aired recent network hits.)

That means we'll be down to four broadcast networks again (not counting PBS), like the old days, instead of six?


Bill1978 wrote: ↑
August 6th, 2022, 9:58 pm
I just don't understand why the decision wasn't made to release Batgirl and Scoob2 onto HBOMax since they were completed AND then cancel everything else in production, pre-production etc moving forward so the guy's great vision can occur.

After Scoob1's Lockdown success on PPV basically invented the new extinction of non-Disney/Pixar animated movies at the theater, and sent all the forgettable vacation-release third-party middle-tier family animated movies direct to Netflix.

--You'd think Batgirl and Scoob2 would be made for high-profile brand-promoting HBOMax dumps.

The new guy clearly has a grudge and is sending a message to Warner, and I DON'T mean that in a bad way...

also feel the CW will also disappear by the end of 2023 with the way this guy is chopping through Warner properties like Katzenberg holding a Black Cauldron print, only so Riverdale and The Flash can meet their contractual final season. I also think this is the start of the end of the golden age of streaming and soon we will be back to just a handful of providers like we were pre pandemic.

The problem is, streaming has OFFICIALLY become a replacement-technology, so if it goes the way of cable (ie. pursues a few corporate brandnames, shrinks the channel to only sell that, loses their corporate house brand, and just becomes another nameless imitator of other channels), there's nothing to replace it.
The cable channels have already handed their head to the streaming services and broadcast networks don't care anymore, so if streaming follows the same pattern, Gen-Z has nowhere to go except to make YouTube more tribal and inscrutable.

It's the same Fan Gentrification that's sinking theatrical movies at the moment (as the gap between Godzilla and A24 is widening to a grand canyon), and when the same audience that's snubbing the theaters for streaming can't find streaming anymore, it's going to create a very eye-opening recession for entertainment.
Last edited by EricJ on August 7th, 2022, 3:19 pm, edited 3 times in total.
Top

Kevin smith confirms strange adventures is dead and the gl show he is sure is also.


Speaking with his co-host Ralph Garman about the controversy surrounding the recent run of HBO Max decision, Smith revealed that he and Eric Carrasco were tapped about two years ago to write an episode of "Strange Adventures" that would've focused on the secret origin of Bizarro and feature Jimmy Olsen & Perry White. Smith goes on the describe how the episode would play out (definitely worth a listen because it sounds great) and reveals that they wanted to approach Nicolas Cage to play Bizarro. During the conversation, we also learned that the series was meant to serve as an anthology series to introduce DCU characters that weren't Batman, Superman, or Wonder Woman. The Warner Bros team in charge at the time was apparently willing to spend $16-$20M per episode and had creative team pairings working up scripts to submit to make up the first season. But then Smith dropped the hammer, revealing that he was given a heads-up by Carrasco ("'Strange Adventures' is officially dead") that the project wasn't moving forward. And then, though he admits he doesn't know it for a fact, Smith is pretty much feeling that it's the same thing for the "Green Lantern" series. Here's a look at the clip:

They should have put him in Batgirl…
Top


Warner Bros. Weighing Fate of ‘The Flash’ as Its Ezra Miller Problem Grows: The studio ponders three paths forward for the expensive DC film, with a worst case — if unlikely — scenario including the project being scrapped.

The middle option is the one I’ve already heard being talking about, with the emphasis on Bats' return, but given Keaton's treatment over Batgirl, I wonder just how much media promotion he might want to do, or at least without keep bringing Batgirl up and making it publicly awkward for WB.
Top

What an unholy mess.

I feel for Keaton, though I'm sure he's happy to keep the cash he was paid. But what a fiasco to be involved with, after agreeing to reprise a role from 30 years ago in two projects, only to see them each horribly sabotaged in different ways.

Though, I still feel worse yet for Brendan Frasier, who needed Batgirl more than Keaton needed Flash or Batgirl. Though, I know Brendan still has some big and respectable films coming, so good for him.
Top

Culture Crave wrote:Individuals who worked on #Batgirl are being allowed to screen the film on Warner Bros' lot before it's locked away in the vault forever 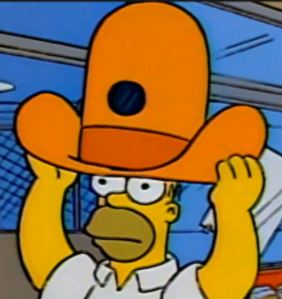 One does wonder how tight security was. The directors have said they tried to at least record the film onto a phone at one point, but it was already gone from the WB server when they went to look for it.
Top

And now, not sure how current the headlines are, but the direct-to-HBOMax animated "Batman: Caped Crusader 2" has officially been sent to Mme. DIscovery's Guillotine, along with Batman holiday special, two "wacky-inappropriate" current-Looney Tunes specials, and "Did I Do That to the Holidays?: a Steve Urkel Story".
https://deadline.com/2022/08/batman-cap ... 235097947/

As this is a DC thread, and not a Warner-finally-pays-the-piper thread, I won't go into details about how that last one was ever a thing, but it gives you some idea of how SATISFYING Warner's current franchise-marketing troubles are to witness.