I think the beginning of the trailer with the older classics was a great idea, but as some of you already said it was a bit weird they didn't show any of the older classics from when Walt was still alive.
The trailer itself gives me mixed feelings, the character art of the frogs looks too simple imo, I'm really a sucker for eye-candy and the frogs certainly aren't :p
The rest of the film looks amazing, but the part where Naveen is standing on a boat waving at the people looks a bit cheap... don't know if anyone agrees with me, cuz the rest of the trailers animation looks really smooth and polished

I certainly can't wait for the film, the crocodile looks like so much fun, the villain looks like a Disney villain should look like, and the painterly special effects are awesome!!
Top

Everything about the Witch Doctor's design *screams* "Road to El Dorado" to me for some reason. Not sure why.

Also, I could be wrong about this, but...

They seem to briefly show you a clip from the ending! Or, at least, what *seems* to be the ending. Maybe my eyes were wrong, but I think that I barely made out Tiana and the Prince (as humans) in a wedding carriage together in one shot. I could be mistaken, though.
"Yesterday is history, tomorrow is a mystery, but today is a gift--that is why it's called the present."
Top

If anyone thinks that the "spoiler" is a shot of the film's potential ending...really, was it ever going to finish in any other way!?
Top

Ben wrote:If anyone thinks that the "spoiler" is a shot of the film's potential ending...really, was it ever going to finish in any other way!?

Daniel wrote:That was so worth the wait, now to see fifty more times!

Was what they showed on the Disney channel much different from the offical trailer?

OMG this movie looks like it is going to beautiful!!!! I really hope that the story and acting is just as good as the imagery looks. *watches teh trailer at least 5 times*

In one of the watersplashing sequences (with the vodoo woman) I swear the water looks like the water from the swan princess where she transforms. ^.~ This...

I get more excited for this movie every time I see something new.

*EDIT* I wanted to add some screen shots, if this post is too long let me know I just didn't want to repost*

http://www.apple.com/trailers/disney/pr ... hefrog/hd/
They finally posted HD versions of the trailer! If you look at the trolley, you will see it is marked A113! Gotta love CalArts people.
Top

Can't wait to see the trailer in the cinema!
Top

Heh, geeze, that really is littered with spoilers isn't it?

Anyway, I look forward to this! Really excited to see 2-D on the big screen again. I have my problems with it of course (mainly the female frog's horribly bland design) but it should be fun.
Top 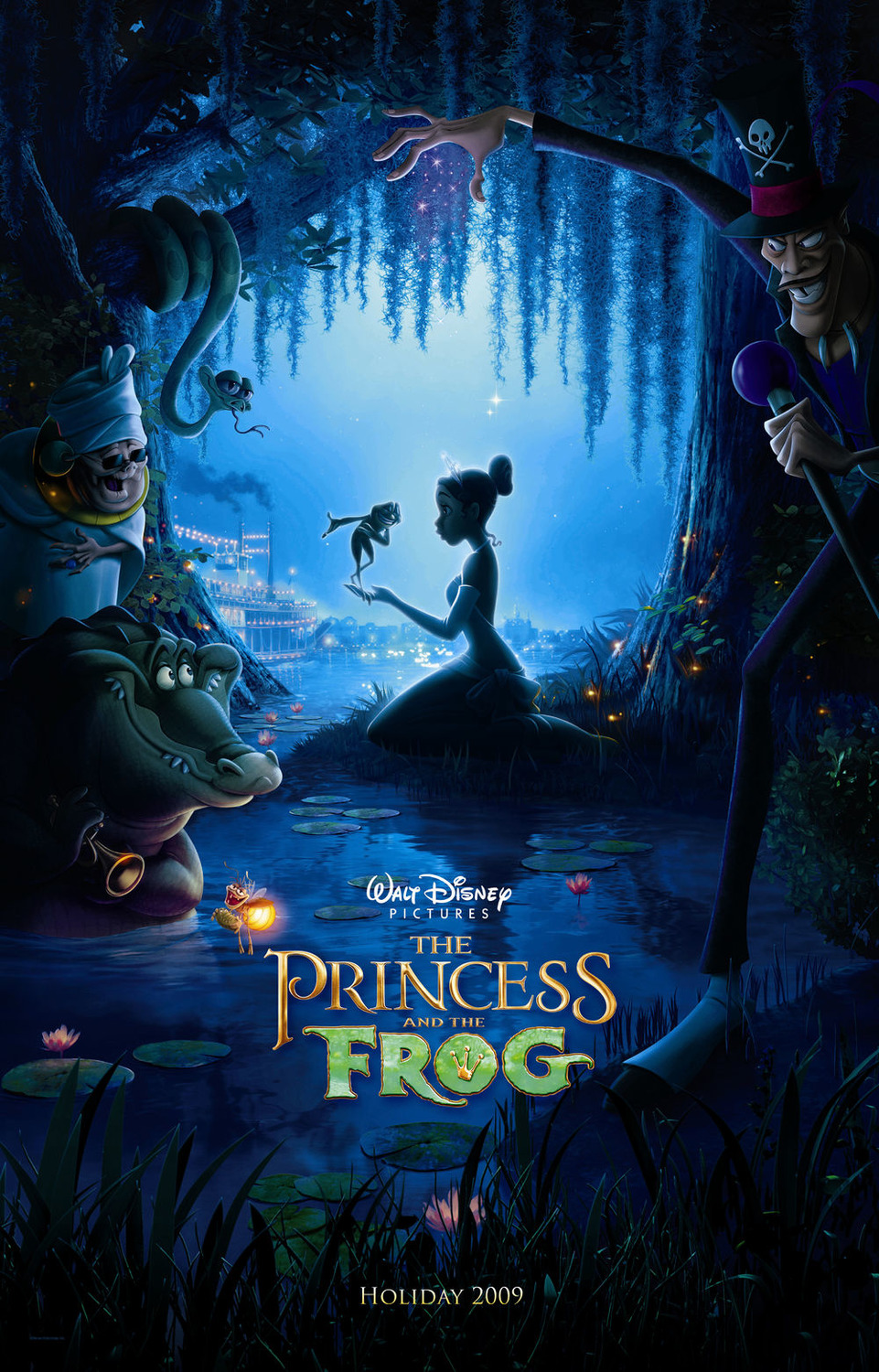 Here's a direct link in case anyone can't view Jake's post... nice poster. I love the blue hues, very enchanting. Now that would make an awesome cover for the BD!

Foxtale wrote:Was what they showed on the Disney channel much different from the offical trailer?

Nope, it was exactly the same. Pretty cool, if I do say so myself.

I can't see the image Jake posted or the link that Daniel posted. Is it the upcoming poster for the movie?
[img]http://img.photobucket.com/albums/v188/Foxtale/almostthere_signature_smaller.jpg[/img]
Top

Looks like the link is dead now, luckily it's still in my browsing history so I uploaded it here. Let me know if that works.

I gotta love the poster....it says it all.
Top

Is this for real? anyway it's a really pretty poster

It looks offical Once, but Im just amazed how it says it all.
Top
Post Reply
1172 posts