Dacey wrote:Going by the seasonal shift, they could've simply called the film "Autumn."

My first thought for a tag line after watching it was "Autumn is coming".
Top 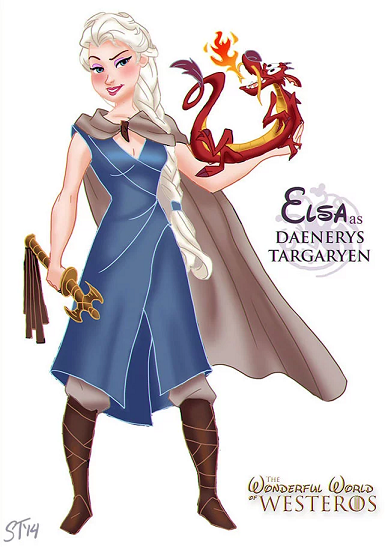 Was it me or did they have her running into the ocean at least one or two too many times. It got repetitive and verged on boring, without her really developing in those moments.

I know this is, but I hope it doesn’t come over as a cash-grab.
Top

I liked that bit. Stuff like that works great for teaser trailers (kinda like the toddler Moana clip that was used for an early preview for that film). Heck, I actually would've been cool if they had done a whole preview that way (but I also like that they apparently haven't shown the whole scene here, which sadly seems to be what they're doing with all five Secret Life of Pets 2 previews they've done so far).

Granted, Frozen is in my top five favorite Disney movies, so that may be accounting for some of my enthusiasm here. But I do very much dig the "vibe" they're going for, and the animation, of course, looks spectacular.
"Yesterday is history, tomorrow is a mystery, but today is a gift--that is why it's called the present."
Top

Ben wrote:Was it me or did they have her running into the ocean at least one or two too many times. It got repetitive and verged on boring, without her really developing in those moments.

Disney only teases their movies with ONE big money-gag they're proud of (remember Baymax and the soccer ball, Ralph and the support group, or Bunny Gets the Pancakes?), and in this case, I gather Elsa has to determinedly keep trying to get across the ocean to the villain's island-stronghold in the climax in order to build a bridge and help the others get across, for....reasons that will probably make sense later.

So: This being WDFA/Pixar, we know that it's going to mostly be a Dragons-style "Road-trip" to find the new undiscovered country villainous invaders before the villains find them.
All those Frozie-Grrls six years ago saying "Anna should get FIRE powers in the sequel!"?...it don't look she got 'em. Thanks for playing.

Dacey wrote:(but I also like that they apparently haven't shown the whole scene here, which sadly seems to be what they're doing with all five Secret Life of Pets 2 previews they've done so far).

Oh, lord...Our theater has so far shown nothing but the "Stoned cat sounds" trailer, and when we got that "Snowball trailer, coming soon!"--giving us, thanks, a teaser TO a trailer--I suspect that Pets 2 is a lot more interested in its shtickable Character Marketing, than in any hint of plot.
The fact that it's from Illumination would tend to confirm that.

Look I llike the animation, but I'm just not feeling it. Maybe if I hadn't been subjected to all those shorts and mini movies I'd be more excited. And I know it's just a teaser but I have no idea what's going on. Maybe they have to meet Pocahontas?
Top

Anna could still get her fire powers (or, at least, control over the wind, er, or something like that? Anyone else think that leaf was going to rest in the middle of the O in the title? Might’ve been cool if it turns out to be a plot point). They have to keep SOMEthing back for surprises!
Top

They're really going for epic with this one.

Here is said trailer for convenience:

I liked it enough. Probably could've done without the reused footage from the teaser and the use of Vuelie again. But it's nice and nostalgic. The first few seconds and before the water horse appear gives me vibes of Lugia's Song from Pokémon 2000. (one of those rare instances where the American version does something better!) Looks like we'll get some flashback scenes and more of their mom at least.

The marketing sure feels like 180 compared to the original though! Wowie! True, they didn't show that much but it wets are appetite. I'm ready!

One thing I'm disappointed in is this all but confirms Hans won't be returning. Yes, he was a pretty lousy villain and did try to kill both sisters, however I feel there was enough wiggle room to have him redeem himself. Think it would've been cool, certainty don't see a lot of that from Disney. Only sidekicks really come to mind... (Iago, Percy, Benjamin etc.) Well, there is that Tarzan situation (Clayton's sister!) but that's from the TV show and not really Canon. Maybe saving that for Frozen III?

Well, at least by making it another Disney "road-trip" sequel, it looks like much less of the Wicked/Mormon Broadway-Fangrrl movie the first one was--
That's what happens after they got too many writers enamored with "Oo, Elsa and her POWERZZZ!", and not so much with whether Elfaba was going to play Elsa again.
Top

EricJ, do you ever look forward to movies and think they offer something new?

You do know you're asking that about a sequel, right?

Touché! But I do want you to look for the original and positive in movies...

Good luck with that, Dusty.

A few additional details. One interesting tidbit is the story picks up three years after the first film.
Top
Post Reply
841 posts