Wow, that is close!

And it won't be "the Muppets" that pop up in this, unless Disney has decided to be kind and put their Muppet movie on hold so that Brian can use them. No, that's not going to happen, is it? Though we might get a Sesame Street cameo from some of those characters. I'm interested, but I fear it will only be so-so good or mega-bad...depending on how it turns out. The concept hasn't got me bouncing off the walls...
Top

A "Making of" book has recently been released. Sounds pretty cool and thorough!
Top

What’s with the insane prices on the hardcover edition!?!
Top

Hence why I linked to the paperback edition..!

Beats me the inflation for the hardcover. Limited run, perhaps? Wasn't able to find anything concrete. Even the specifics contradict the price. The hardcover has 352 pages, while the softcover has 386. Measurements don't seem to be much different.

It's published by The University Press of Mississippi; hardly a mass-market publisher.

So, the hardcover edition likely is a smaller run (as Daniel posits) .. and is probably mainly intended for sale to public/school libraries.

If it is like some other "university press" hardcover animation history books that I've bought over the years, it may even just be a solid-color cloth hardcover, with plain lettering; no dustjacket or illustration.
Top

I have several UPM hardcovers, and all are usually pretty regular books with jackets, though they usually have matt paper sleeves rather than glossy heavy stock paper. Even so, they’re reasonably priced and a couple I have surely would be of less interest than a Roger book (although if Roger is still that interesting to most people now!). Point is, their books aren’t usually anything that much more expensive or rare...I’m just surprised that such a recently published book is already fetching such insane prices!

I'm not familiar with the publisher; I was just speculating as to possible reasons for the higher price.

It would seem it is a mystery.

The book's title brings to mind a rather different cartoon, though ..
. 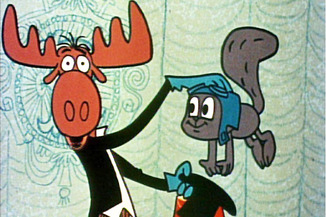