Sorry if I'm 'necro-ing' this thread, but I just wanted to chip in a little and felt that it'd be worse to make a new thread

I didn't even know this film existed until a couple of years ago, and I've finally seen it :]. Definitely interesting stuff, but like Ben's great review mentioned, it feels like more of a showcase for fantastic animation because the film suffers from problems with characterisations and storytelling.

It is a very pretty film to look at and I'll be keeping an eye out for news of this new DVD. Even if some of the deleted scenes were never actually animated or inked/coloured, I certainly hope that they do a special feature covering them. All the information I've heard on them are from the net, and the Wikipedia article on it doesn't cite where the information comes from...except for that one cel with that badguy being dissolved

Nothing official. I would imagine a September release date, though October would be more fitting.
Top

I thought it was announced that August was the official Region 1 release date (June for Region 2).
Top

Was there any announcement for Region 4??
Top

Continuing from here, a look at the Blu-ray packaging: 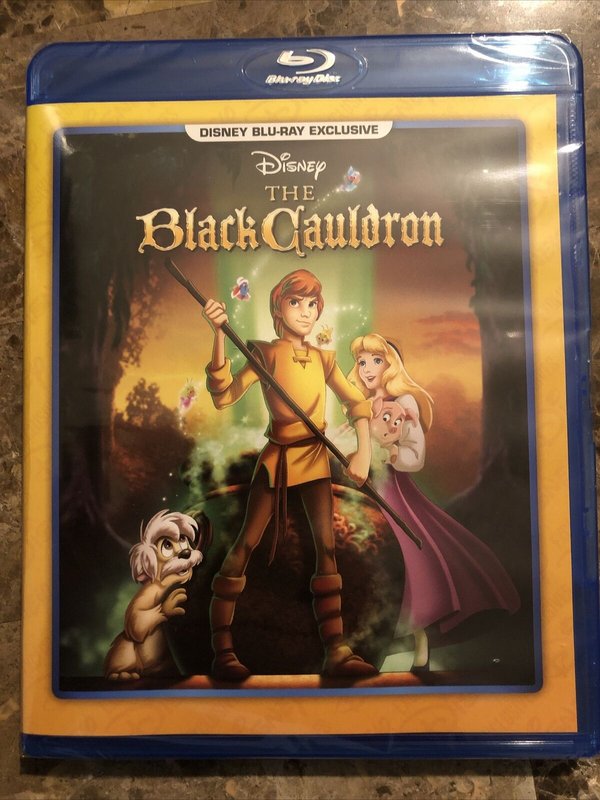 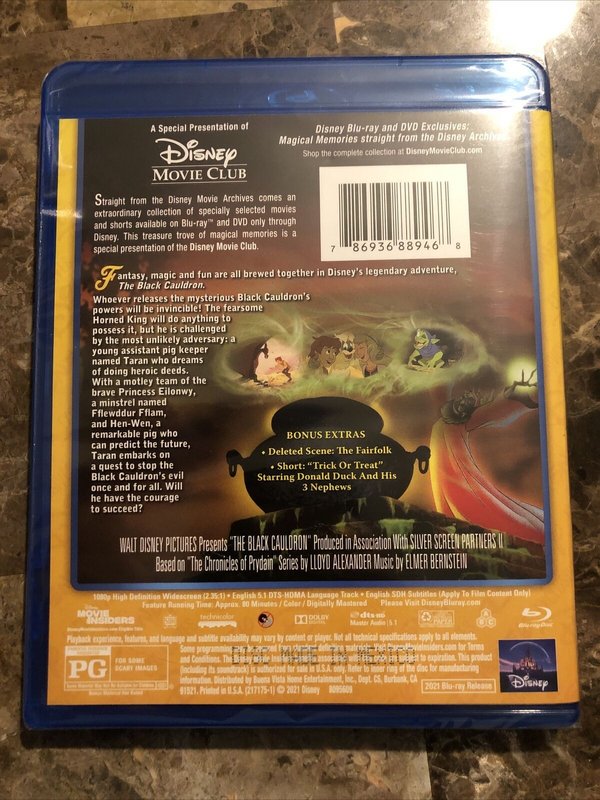 Extras on a Disney Exclusive!? Behold the magic of the cauldron!

Well, they're the same from the Gold DVD, back when they stopped being bare-bones, and started including animated menus and shorts.
I remember it being one of the few places where I knew where to find "Trick or Treat" every Halloween when I needed it.
Top

Specifically, both the deleted scene and Duck cartoon were from the 25th Anniversary disc, actually — the Gold only had the Duck short out of both these choices.
Top

Good news, I guess, on the specs. Sadly, we can't expect more at this point. My copy should be here soon. Looking forward to watching it for the first time in years!
Top

Just out of curiosity is there, in theory, an uncut version of the infamous cauldron born scene or did Katzenberg literally burn all the prints of the excised moments?
Top

No one really destroys anything, Bill! Even the original versions of Star Wars are all safe and sound in the Lucasfilm archives. Various storyreels and workprints will all be down there in the Disney vaults somewhere...not that we’re ever to likely see it.

A very thorough break down of how everything played out:

Lengthy, but well worth a watch!
Top

I will definitely be watching that video. Just maybe not this weekend, damn you work related boring stuff. But next weekend there is a long weekend so surely I will have a spare 40 minutes to chill and enjoy. Thanks for sharing Daniel
Top

Ditto. A must-watch once I have the time to devote.
Top
Post Reply
105 posts