The trailer for the new live-action CGI hybrid was just released:

Man, where to start!?

I liked what they did with the Paramount logo, replacing the stars with rings - and authentic sound to boot! After that it all goes downhill...

Sonic just looks so weird. No gloves? It's pretty close to his current model but somehow uglier? Like creepy... if they tried for his classic model maybe it would've looked nicer. His voice is alright, nothing special and not horrid. Keeps his general essence.

Not impressed with Jim Carrey as Dr. Robotnik. Not really a fan of his and really, he's just playing the same ole schtick of his other characters. It simply doesn't feel like Robotnik. If anything, I'm being reminded most of Jim's Riddler role... Looking the part, well, uh, I guess...

What a terrible song track. Gangsta's Paradise, seriously? It doesn't fit Sonic at all. This isn't Sonic in the Hood! They literally have Sonic pass Green Hill, doncha think it would be wise to have the theme in there in some capacity? Or any of type of video game vibe? If ever a lost opportunity to gouge nostalgia.

This looks so bad. I wish instead they would've done a real cartoony movie without the live-action gimmick. Playing Sonic on an HDTV is nice and all, but imagine seeing something akin on a huge screen! Like playing the game, without playing. Being immersed in full glory. Now THAT would've been coolio!

Dear lord, I thought we'd KILLED "Two characters burst in on each other and out-scream each other in surprise" some time back in the 90's. (Y'know, back when Jim Carrey still took commercial studio roles, instead of an occasional paycheck to subsidize his weird indies.)

I can't see any earthly reason this movie was made but to continue the Sega vs. Nintendo War, now that Nintendo has the Detective Pikachu movie. And as a former Sega Genesis owner, please accept my sincere apologies for this.

Nintendo distributes the game, don't believe they have anything to do with the movie.
Top

This just looks soooooo terrible on all levels.
Top

Even the James Marsden angle is familiar territory...
Top

I had totally forgotten, or blocked, that! As is the destiny for this movie too!
Top

Yep, until the inevitable reboot.

Here's a fan edit of a scene. You have in your mind how bad Sonic looks, but when you see a side-by-side comparison it's even worse! It really highlights what's loss. The aforementioned gloves, arms, eyes, even the lack of color consistency with his muzzle and belly. After a day this thing is still a monstrosity!
Top


Thank you for the support. And the criticism. The message is loud and clear... you aren't happy with the design & you want changes. It's going to happen. Everyone at Paramount & Sega are fully committed to making this character the BEST he can be...

Have to admit I'm a bit surprised! But with only 6 months to go, can't really see it being THAT drastic of a change. I'm a little more hopeful, but I fear the damage has already been done.
Top

Animation has been done. They could technically swap Sonic for Rocket Raccoon at this point and only have to render it out.

Obviously not that simple, but six months is a huge amount of time to do what they need to.
Top

The film has been delayed until 2020. Heh, Valentine's Day.

to bad they couldn't remove Jim. Would've been cool if they got his current voice.
Top

No. No it would not.

Why? Because Mike Pollock is a nobody. Outside of Sonic games no-one would know who the heck he is! I guess in a way it would add a bit of "nostalgia", but the fact is he wouldn't sell tickets. He's just a voice actor. Jim as bad as he may be, at least helps with his celeb status. Sad but true.

When I was part of another forum I actually got to chat with Mike. He's very friendly, but... he lied to me about something. It was a very easy question at that, one you either know or you don't. He answered with such confidence... I still wonder.

"Friendly"? I'm a fan and wouldn't say that

Not half bad all things considered. Far from perfect, but hey, more "cartoony". Now if only he had nixed the song.

The redesign of Sonic may have just leaked: 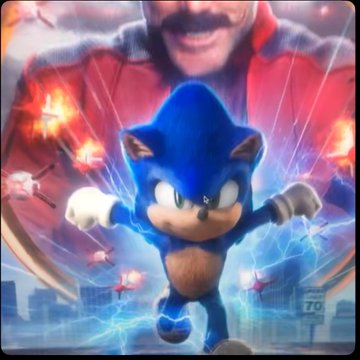 I've seen a couple of others that could pass, so not getting my hopes up. If it is indeed legit, it's a HUGE improvement! The eyes, gloves!!! Please be true...
Top
Post Reply
27 posts