Feels creepy and kooky, I just hope it's mysterious and spooky.
Top

Hmm…not totally feeling this yet, and "from the mind of Tim Burton" negates to point out that the characters onscreen are not even his. And since when was Thing a descendant from Frankenstein’s Creature…!?

Ah, yes, this is Burton after al…
Top

Actually, according to Charles Addams' own bible for the 60's series, Thing was "the Thing under the stairs", who was helpful but just too shy to show himself.

It was Barry Sonnenfeld who threw the wrench into the evolution of the series, by getting CGI-struck over disembodied appendages.

And Burton's still hacking away at trying to get that stop-motion Addams he never got to do the first time, and had to stomp all over Dark Shadows instead--There's a reason WHY he and Bryan Singer are so obsessed with the Addams (and Munsters, if they can't get it), but...'nuff said.
So, is this the followup to that "Wednesday at school" series (that may have been a Burton-warped version of a "Down a Dark Hall" NF series), or is he starting all over again?
Top

Well, Thing was in a disembodied box for quite a long, long time before the movie…
Top

Looks good. Not too keen on the Gomez casting, even though he looks closer to the original comic. The rest look promising. Goth Hogwarts?

Such a shame they couldn’t have made this with Christina Ricci, because that then might have been one of the greatest things ever. There’s something not quite right about this, but then it has flashes of brilliance. Wednesday herself doesn’t really look creepy, kooky or all together ooky enough, and I’d forgotten that CZJ was in this and it took me a second to work out who was playing Morticia and Gomez, but I think they look great. Yes, Gomez is a little on the gross side, but the look grew on me, especially the "smile", and this *is* a Burton take after all (I bet he’s living out a college fantasy there with those piranhas!). And I like that the house is still basically as we know it. I’m more looking forward than I was to revisiting it.
Top

I agree on the casting of the lead - just not quite there, but maybe tough to tell with just a trailer. She seems too old, for one thing, though the actress is just a couple years past high school age.

It all looks promising, though. Ricci is still set to show up, according to a couple of recent Variety pieces. However, we don't know yet how big her role will be. IMDB's full cast list still has a blank where her character's name would be. Too bad she couldn't have been Morticia (she likely didn't have that much time to commit). A photoshopped image of her as Morticia has made the rounds, and it looks perfect.
https://www.newsmax.com/TheWire/christi ... id/692871/
Top

That would have been a nice nod! I expect she’s playing the head of the school or something, or maybe Cousin It…!?

I am hoping they haven’t blown the end of the series in that trailer, though: if she literally commits murder by unleashing piranhas in a pool, then that’s a hard one to bounce back from in a "family comedy" show, so I’m kind of betting that’s a revenge act and the reason she clearly ends up in prison, as per the end of the trailer, which could well be the closing shot of the series itself. I hope not, or we have basically just seen the ending already…

"People like Dalton shouldn't be allowed to procreate" No murder, the piranhas just bite off the guys doodle!
Top

Okay, not actual murder, but still…there’s not really any coming back from that…!
Top

I'm wondering what he did to Pugsley to possibly even warrant that.
Top

Photos: (and first look at Pugsley) 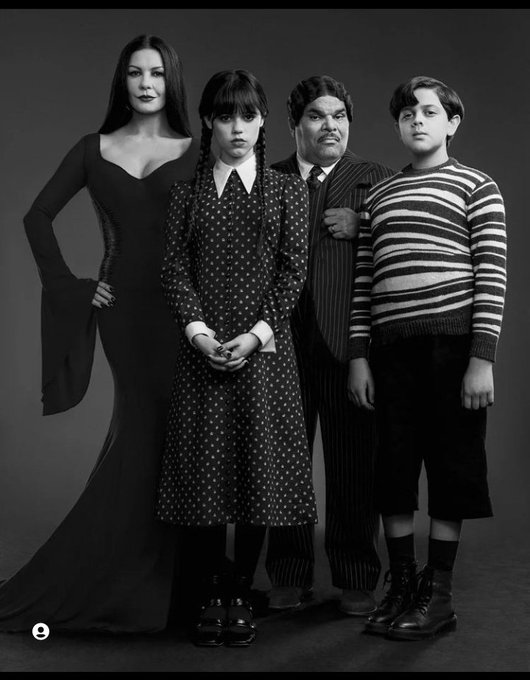 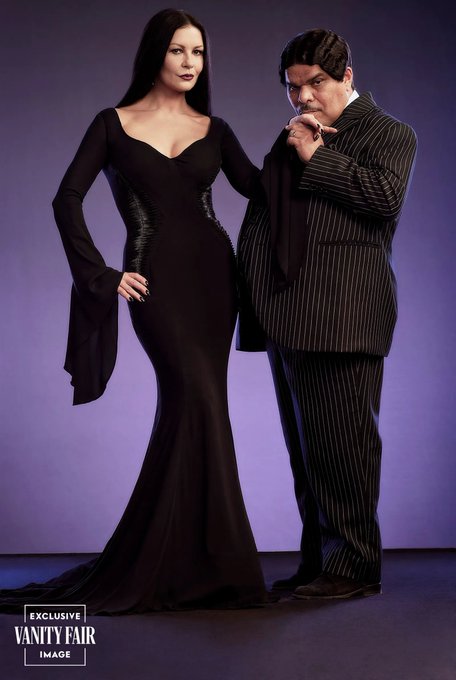 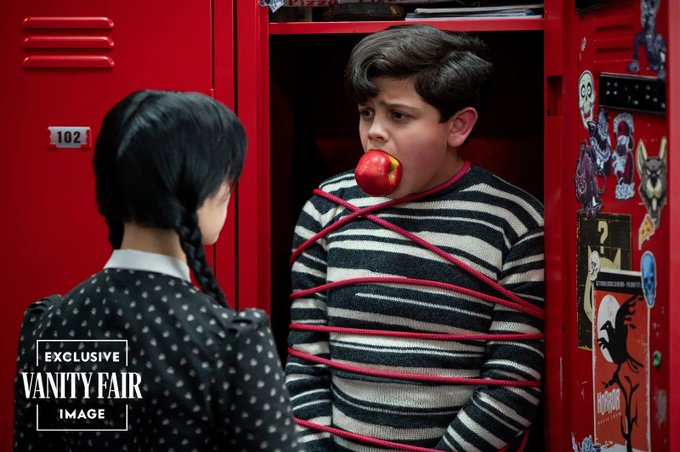 If that's what Dalton did, yes, that's overkill... but I'm thinking that's one of Wednesday's deeds.
Top

A brief featurette that was posted today that I thought was kinda nifty.

Only Tim Burton fans think there was only ONE Addams Family character, and Tim is the Tim Burtoniest Burton-fan of them all.
No one likes his style more than he does.