King of the Hill is cancelled

King of the Hill is always on Adult Swim.....
Top

Family guy was funny but it is the only thing ever on tv anymore besides house, I swear. The newer episodes aren't as funny. >.<
[img]http://img.photobucket.com/albums/v188/Foxtale/almostthere_signature_smaller.jpg[/img]
Top

Did you see the "Family Gay" episode? That was hilarious!

Though yes, not as consistently funny as the earlier episodes... I'm repeating myself.

The Simpsons - while not as great as the classic years, is still not as bad as Family Guy. I often see it reversed, maybe in the funny department, but sometimes even then the jokes are just downright tasteless. There was a recent episode which showed Aqua Man and a man um, attacking a woman. That wasn't funny. It was uncomfortable, pointless and ran on too long. I hate when FG does that.

Or when they have a genuine moment and follow it up with a horrible clip. One that comes to mind is when Quagmire is being sung to my Barry Manilow, after a weired - yet you could relate - moment, they follow it up with a Looney Tune clip of Foghorn. I didn't find it funny. At all. Though it still isn't as bad as the old Bugs Bunny and Elmer Fudd clip. I can't watch that scene ever when I see the episode. I either look away, change the channel, or avoid the episode completely. Yes, I find it that bad. I still can't forgive them for it. And the crack sound, gah...
Top

Perhaps part of the reason I find FG so funny, when they get it right, is because I don't slavishly follow the show?

If it's on and I'm channel hopping, I'm happy to watch and usually find something in there hysterical. But I don't catch every show, so perhaps I'm missing the more lame ones. I do know that this one time, at band camp, I was up at my Mum's and we were eating dinner with nothing much on TV and I saw it was on. I can't remember the episode, but after going on about how funny it was and her agreeing to it being on, it was the most unfunny half hour of animation I've seen! 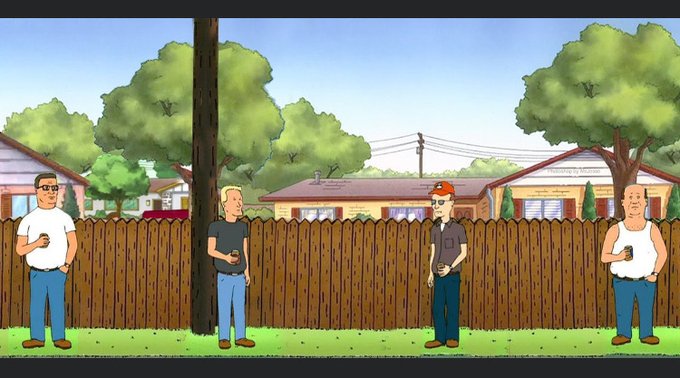 Cute. "Yep. Yep. Huh?? You say something Haaank?" Makes it feel like the characters are still alive.
Top

But yeah, pretty funny!
“Ahh, fresh victims for my ever-growing army of the undead.
Sir, you have to let go of the button.
Well, son-of-a-bi-“
Top
Post Reply
22 posts