Also, because Warner doesn't really OWN the BBC Classic DW at the moment to sell to HBO--
Those are currently held by BBC/ITV streaming network Britbox, who's also been running them as their own 24/7 streaming-broadcast channel on Viacom-owned PlutoTV:
http://pluto.tv/live-tv/doctor-who-classic
It's...complicated.

Still, if Sesame Street and New Doctor Who ever have to come to an inevitable end, HBO's just the Jack Kervorkian to do it.
Top

The presence of Sarah Jane Smith, plus mentions of Brigadier Lethbridge Stewart and an appearance by Jo Grant solidifies the new series' acknowledgement of Classic Who.
Top

ohmahaaha wrote: ↑
August 3rd, 2019, 1:49 pm
The presence of Sarah Jane Smith, plus mentions of Brigadier Lethbridge Stewart and an appearance by Jo Grant solidifies the new series' acknowledgement of Classic Who.

Even though they get it completely wrong, of course, in trying to pitch the series to "romantic subplot" female viewers--
The episode where SJ returns to say "How could you leave me like that??" doesn't make much sense, when you remember that SHE left HIM at the end of "The Hand of Fear".

And let's not even get into the whole "Tin disco-dog" attempts to get "retro" kitschy 70's laffs out of K-9.

Would just point out that Warner and HBO are obviously one and the same. WB doesn’t need to own Classic Who to "sell" to HBO...the deal is for the new series, which the BBC has licensed to WB/HBO.

It’s within the BBC itself where they have the identity crisis, not actually admitting that the first Davies series was actually a continuation and not "Series/Season One" that they keep insisting on.
Top

Yeah, especially when their YT channel posts scenes like this! Lol.

Slightly darker trousers for Jodie in the next series. And speaking of, here are some details from filming the other night.
Top

I think we've all had those "Slightly darker trousers" moments at one time or another.

Interesting essay on the Tennant Doc and why his shoes (technically sneakers lol) have been so incredibly hard to fill. (Can’t believe it’s been ten years since he left.


And oh wow I remember watching this for the first time....


I loved End of Time and everything (even with the many, MANY plot inconsistencies) but was kind of disappointed in a way because I was ABSOLUTELY POSITIVE that his actions in Waters of Mars (the whole Time Lord Victorious/altering history thing) would come back to haunt him and become a major plot point in Ten’s “song” finally ending. Ugh, what a tease...


(All YT clips posted by BBC of course.)
Pinky, are you pondering what I’m pondering? 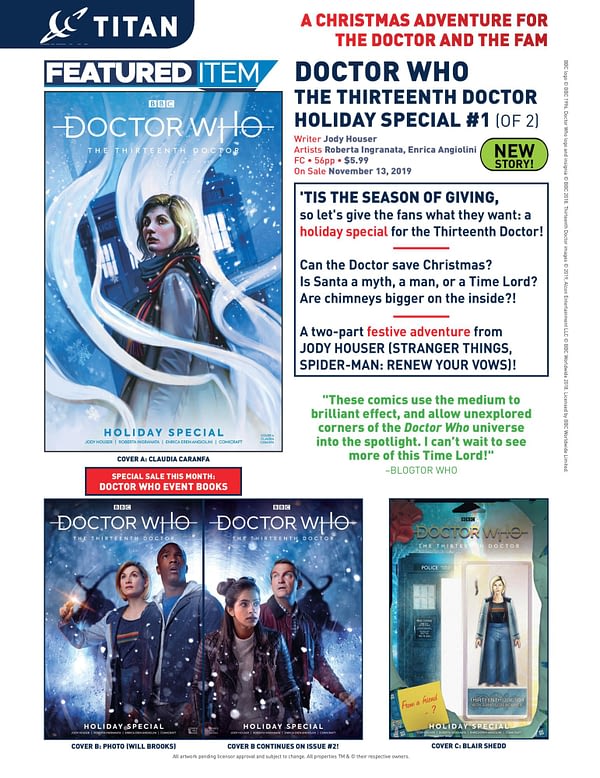 I like cover C since it gives the allusion of coming bundled with a little Jodie action figure. Such fun!
Top

Some interesting trivia on why Colin Baker (Six) never had a proper regeneration story—or even a scene.

I personally think Six actually did have some good qualities...here and there, there was sometimes a bit of a softer side. (One example: His guilt over misjudging Lytton at the end of Attack of the Cybermen.)

Also I know some fans felt his stories were too “dark” and “violent”, and while I do understand that they might not have been so great for young children, there WERE three eps I thought were awesome: Vengeance on Varos, (a really disturbing satire of reality TV, and in 1986 too!), Mark of the Rani (Boy was Anthony Ainley good there), plus Attack of the Cybermen of course. As said...all three had A LOT of violence (and not just some Dalek blowing up type of violence, but stuff like blood gushing out of a character’s hands as a Cybermen crushes them into pulp). But the stories were very exciting and sometimes even funny in a very grim sort of way. (Varos especially.)

My three biggest problems...I really think these all went a long, LONG way towards sealing poor Baker’s fate as “worst Doctor of all time”:

1.) He starts off being incredibly unlikable as soon as Peter Davison dissolves...not only not caring how traumatic his regeneration would have been for Peri, but calling her “egotistical” simply because she’s scared as h***. Heck, even the Master screaming “Die Doctor!” felt more warm and cuddly than THAT.

2.). Twin Dilemma was such an AWFUL AWFUL AWFUL story in so many ways, (and not only because of its incredible BLANDNESS) chiefly because of Six trying trying to strangle Peri because he temporarily goes insane (“regeneration effect” my ***, no other Doc ever tried to straight-out MURDER a companion in a regeneration story or ANY OTHER.

3.). Six treating Peri like a virtual punching bag every single episode. I’m sorry, how exactly did the “effects” of his regeneration not wear off by Revelation of the Daleks?

Baker was capable of MUCH more than the dreck he was given and it’s a real shame he was never given a second chance.
Pinky, are you pondering what I’m pondering?

Actual Five to Six regeneration scene from the end of Androzani:

Also cool clip from Trial of the TimeLords:

)
Pinky, are you pondering what I’m pondering?

Preview of the 40th anniversary magazine: 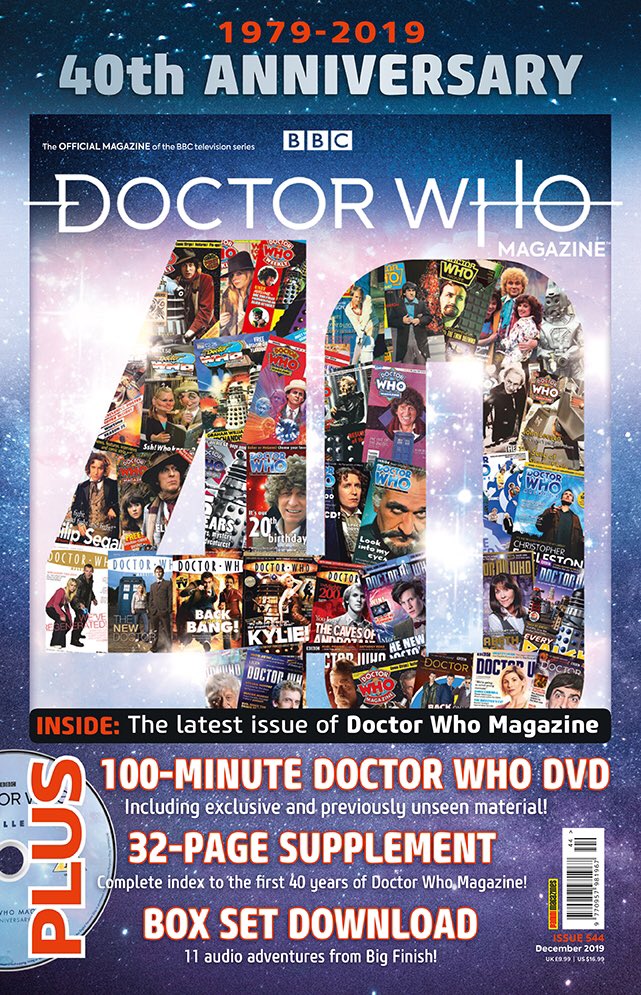 Just saw that "Fury From the Deep" will be the next "animated" reconstruction, to be released next year (2020). Very excited to hear this!!
Top
Post Reply
134 posts