The reason why some titles have left:


Gizmodo wrote:A spokesperson for Disney+ confirmed to Gizmodo that a small number of titles had left the platform over issues relating to legacy deals. However, all of those titles that have left will return to the service as soon as those licenses expire.

I'm on the fence about getting Disney + … it's not that I dislike Disney, it's just that I already have a comprehensive library. Can anyone tell me - do they have a healthy library of the old "Disneyland" TV shows? I had been hoping for more episodes of "Swamp Fox," "Elfego Baca," "Hardy Boys" and some "Texas John Slaughter" before the Walt Disney Treasures line bit the dust. Do those of you who have large Disney libraries already still find value in getting Disney +?
Top

A spokesperson for Disney+ confirmed to Gizmodo that a small number of titles had left the platform over issues relating to legacy deals.

"Legacy deals" = "Okay, the opening was impressive, but Netflix still has rights to Black Panther and Home Alone for the time being, and the loaner deal's over."


ohmahaaha wrote: ↑
January 3rd, 2020, 5:31 pm
Do those of you who have large Disney libraries already still find value in getting Disney +?

As far as the animated classics, no advantage whatsoever. Next question:

The Disney Treasures TV-archive sets? Well, they've got Spin & Marty, MMC: the First Episodes, and the True-Life Adventures, so they're not averse to the idea.
Problem is, the entire streaming industry is default-set on "The New TV Networks!", and they're more interested in their new Marvel/SW original programming. (Most of which still hasn't hit yet.)

The 60's-90's movies they do dig up seem to be the ones that have already had HD upgrades for Disney Movie Club discs, and that little cottage industry is chugging along nicely, but D+ gets second pick at them.
Top

In some cases first dibs. For example Beauty and the Beast, The Black Cauldron and Melody Time. The Sword in the Stone is a unique case, its HD but unrestored so not the same transfer as the Blu.
Top

Yeah, was wondering about that, too:
Now that Saludos/Caballeros has been upgraded for DMC (and on D+), the last two un-Blu'ed classic animateds in the catalog are the Make Mine Music/Melody Time double-feature, assuming it'll be released as one--They're both on DVD, but Melody is on D+, and M3 currently isn't.

This could be a hint in the wind we might get both on DMC disc by year's end--since they're using DMC to make up for all that package-film retail Blu sales they didn't make on Ichabod & Mr. Toad/Fun & Fancy Free/Reluctant Dragon--but it's all confusing at the moment.

Even more curiously: On D+'s Melody, Pecos Bill now has his cigarette back. Early DVD adopters literally went to war with 00's Disney over that. I'll theorize that it's lingering arguments over "The Martins & the McCoys" that's holding M3's restoration back to the end of the list.
Top

Coincidentally, I just bought the newer UK disc of Make MIne Music, as it is complete. I watched it last night, and viewed "The Martins & The McCoys" for the first time. While the PAL transfer wasn't the best, it was great to see the short for the first time (though it certainly is delightfully violent!). I'd certainly love a Blu-ray double for MMM and MT.

I need to check out the HD Black Cauldron, as well as others like Darby O'Gill.
Top

The first time I saw Make Mine Music was on The Disney Channel, in the 1980s .. complete with "The Martins And The Coys." There was 'zero' controversy over that segment at the time, AFAIK.

I later bought MMM on japanese Laserdisc .. likewise complete, with its opening "M&C" segment (which -- sadly -- I've since sold off on eBay, several years ago).

I'm hopeful that a Blu-ray set of Make Mine Music and Melody Time eventually comes to pass .. if only to finally complete the Disney studio's animated feature catalog on that format. Ironically, they were among the earliest Disney titles released on DVD.
Top

droosan wrote: ↑
January 6th, 2020, 12:38 am
I'm hopeful that a Blu-ray set of Make Mine Music and Melody Time eventually comes to pass .. if only to finally complete the Disney studio's animated feature catalog on that format. Ironically, they were among the earliest Disney titles released on DVD.

They haven't been re-released on DVD SINCE those first Gold Collection discs, and those are the versions you can still find on DMC.

The package films have taken a lot of guff over the years, since they were the lowest vote-getters in that first '00 Disney poll for what fans wanted to see (you remember, when Disney first wanted to put the Limited Editions behind them and get "serious" about early DVD for the first time?), if only because fans didn't remember them, and other fans knee-jerk picked up on the votes and said "See? Told ya Fun & Fancy Free was the worst one they ever did!"
This was back in '99-'00, btw.

I still have my full MMM version as shown in the UK in the early 90s, though I’m tempted to get the uncut UK disc. Me thinks if they do a Blu set for the DMC, though, that it’ll be uncut at this point.

We do also need The Black Cauldron on the format too, and although it’s not an official film (well, it was until Katzenberg restructured the "canon" listing in 1985; before that the live/animation combos were also included), I have a curiosity for the completely forgotten Music Land from 1955, to see the alternate linking pieces and structure. Walt owed RKO one last feature after Peter Pan, so took sequences from MMM and Melody Time to create Music Land. It was delivered, released, and never shown again apart from at the massive Disney retrospective in London in the late 1980s. MMM and Melody Time were never reissued, since their segments became later shorts, so Music Land was the closest some of those sequences got to a reissue.

There were many, many other compilation features issued around the world, but those were B-Picture types that literally just packaged together shorts without anything new, but I’d still love to see how Music Land was packaged as a "new" film so that it fulfilled Walt’s contract with his previous distributor.
Top

Huh. I'd thought The Black Cauldron had been released on Blu-ray .. but I guess I must've 'mis-remembered' its 25th Anniversary DVD release as a BD release.

I do recall older Disney 'canon' lists which included the likes of So Dear To My Heart or Song Of The South .. but I've never personally categorized hybrid live-action/animated films as animated features.

I read about the Music Land feature in some film history book, ages ago (high school..?) -- and hadn't thought about it again until just now. I agree; it would be interesting to see. Unrelated: The "Silly Symphony" short of the same title is my favorite of that series. 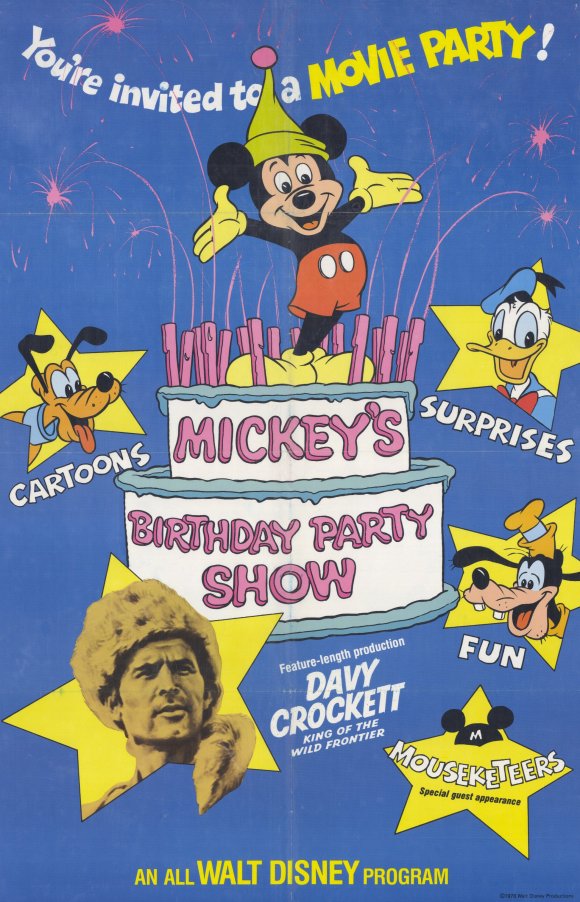 They was also a clip movie hosted by mickey released BEFORE snow white got released but Disney forgot that one also. 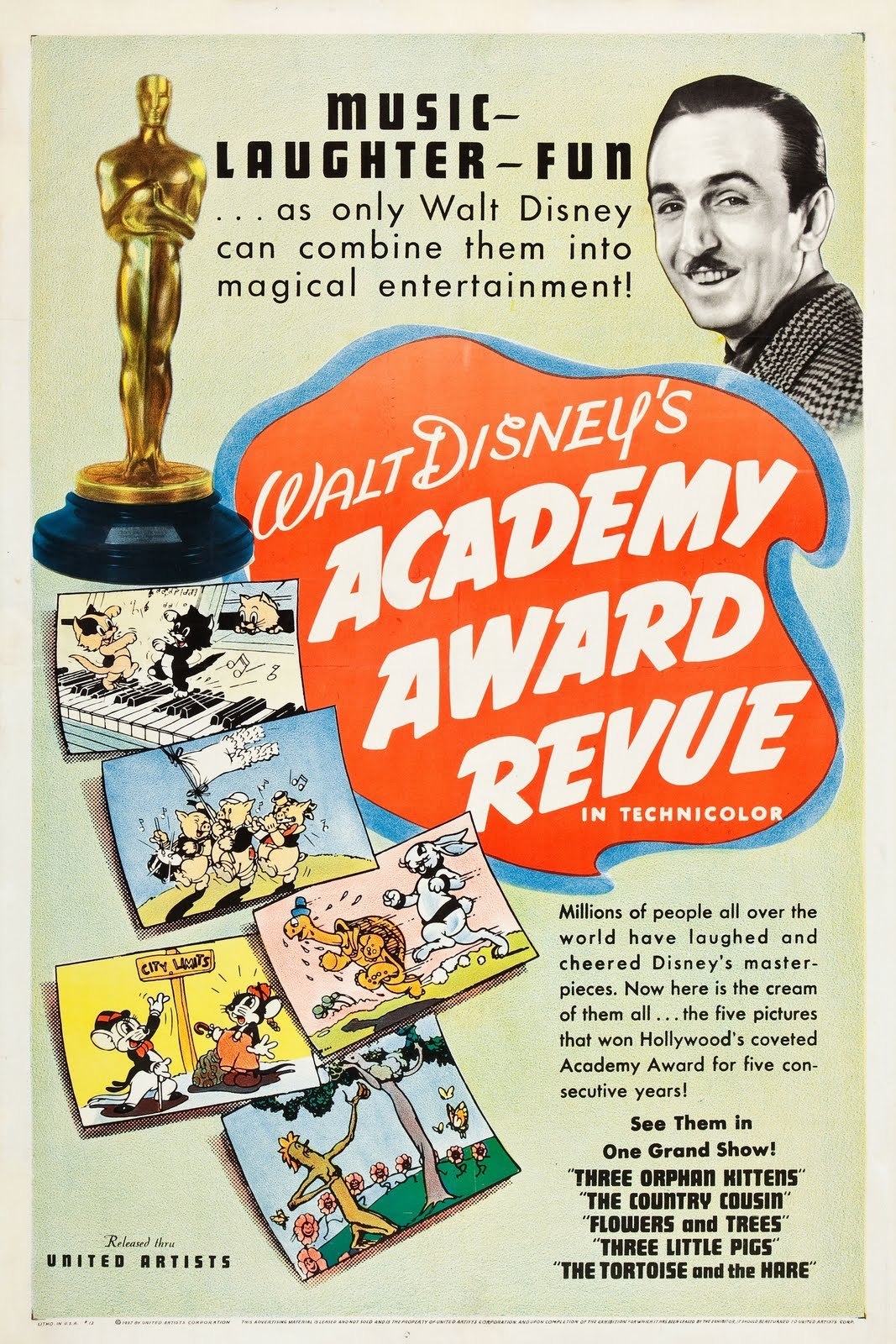 There’s actually two versions of that Oscars film, since it was reissued in 1941 and updated to include that year's Lend A Paw. That’s the version that was released on VHS also.

The Mickey Birthday Show was one of the many pre-VHS compilation movies that were mainly just cartoon after cartoon, so they hold little interest. I think it’s that one that did include some new animation from Ward Kimball, though, including the return of Fantasia's Soundtrack character, who plays host.

It would be great to have nice copies of all three of those films as legitimate releases (Academy Award Revue, Music Land, and the Kimball-directed Mickey’s Birthday Show).

"Canon" listing: Yep, Droo, you remember correctly that Dear To My Heart and Song Of The South were in there, as was Poppins, Broomsticks and Pete's Dragon. It was all revised for Black Cauldron's release, to try and make that a special 25th title. Personally, if it has Disney animation in it, I include it with my animateds, since they’re designed that way and have the same feel over the "traditional" live-action Disney features.

The short with Clara Cluck alone is a riot!

Don't forget victory through air power. It did get a dvd release at least. Can't see it on Disney plus ever with it's ww2 themes.
Top

Yeah...that’s not the Kimball film!

Air Power was another that was in the "canon" lineup, too, before the revision.
Top
Post Reply
897 posts