Yes, isn’t this Cartoon Network Europe getting the rebrand? Kind of strange, as I would have thought Cartoon Network was always the bigger name in the UK and Europe, over HB, even when HB were in their prime.

Would have made a nicer new name for one of WB's US based animation providers more than anything. Either way, it’s not really HB without HB at the helm, as Cartoon Network Studios proved — ironic that CN is what Hanna-Barbera Productions was renamed in the first place!
Top

Probably because the entire series has been put on DVD as a non-Archive release.

Though I have had my fingers crossed for a proper widescreen disc for the movie.
"Yesterday is history, tomorrow is a mystery, but today is a gift--that is why it's called the present."
Top

That's not to say Warner still ISN'T trying to save their old CN brands from cultural extinction, selling the CW series along with putting Jabberjaw in a Space Jam 2 cameo.
Top

The Hanna Barbera studio building is still standing on Cahuenga Boulevard, right next to the gates of Universal Studios' theme park .. just a mile or so southwest of Burbank.
. .
Though undeniably past its 'glory days', it was still a functioning studio when I first moved here, back in the mid-1990s .. the first episodes of Dexter's Laboratory, The Powerpuff Girls and Johnny Bravo were made there.

Shortly after both its founders had retired, WB folded H-B into its (then) newly-formed Cartoon Network Studio, and moved the entire staff into an office building in downtown Burbank.

Then the buildings sat empty for several years .. occasionally to be partially used by some post-production house or other.

In the mid-2000s, there were rumours that the property might be razed and redeveloped. Public outcry helped to save the buildings .. part of the studio was converted into condominiums, with another portion housing a gymnasium .. and an outbuilding was made into a storage facility. But the exterior architecture remains largely as it was.

A friend of mine (who works fairly regularly as a 'DTV' film director) once looked into purchasing a condo there; he said he couldn't justify the price.

Shame about the current colour scheme but nice to know it’s still there. I did wonder about that when the rebranding news was announced.
Top

It's always nice seeing the building when I happen to be in the area.
Top

That was Hanna-Barbera's second studio location, built in 1960.

When they first struck-out on their own apart from M-G-M in the late 1950s, the duo operated out of an (even then) old group of buildings on LaBrea Avenue in Hollywood .. which had originally been Charlie Chaplin's film studio .. and which, today, is the home of The Jim Henson Company.
. 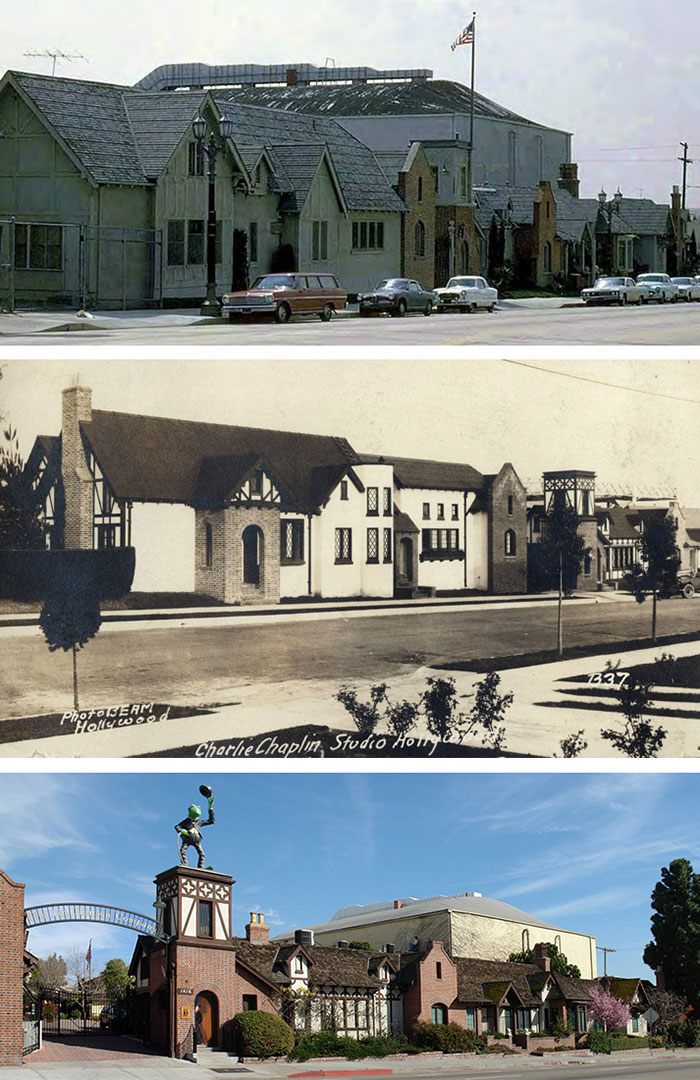 .
Loopy De Loop, Ruff & Reddy, Huckleberry Hound, Quickdraw McGraw, and the first few episodes of The Flintstones and Yogi Bear were made here.
Last edited by droosan on April 10th, 2021, 5:15 am, edited 1 time in total.
Top

I’ve always loved how the Hensons retained the look closer to how Chaplin had it, and how the Charlie Kermit statue that adorns the entrance combines both legacies in a very nice and reverential touch. Classy.
Top

I knew the H-B history, but appreciate seeing the photos. And I was not aware of the Henson part! Very nice. So much history!
Top

Speaking of hanna-barbera to help promote the boomerang app--

Josie And The Pussycats In Outer Space, 1972

But... Cartoon Cartoons is coming back! New shorts designed to launch some new series, though I always seemed to like the one-off ones that didn’t lead to anything other than a fun ten minutes or so...
Top
Post Reply
14 posts • Page 1 of 1