Disney has released the first promo image for the forthcoming television movie centered on the offspring of some famous Disney baddies.

According to the write up on Entertainment Weekly, the infamous villains have been exiled on an island prison called Isle of the Lost. Twenty years later, Ben (son of Belle and Beast) decides to grant the children of the villains an opportunity for redemption. The four chosen are placed in a prep school with other offspring of Disney heroes and heroines. Whether they carry out their parents' evil plans or forge their own destinies is up to them.

The film stars Dove Cameron (Liv and Maddie, Cloud 9) as Mal, daughter of Maleficent (Kristin Chenoweth of Wicked and Pushing Daisies), Booboo Stewart (The Twilight Saga, X-Men: Days of Future Past) as Jay, son of Jafar (Maz Jobrani of Better Off Ted and the Axis of Evil Comedy Tour), Sofia Carson (Faking It, Austin & Ally) as Evie, daughter of The Wicked Queen aka Snow White's Step Mother (Kathy Najimy of King of the Hill and WALL-E), and Cameron Boyce (Jake and the Neverland Pirates, Grown Ups) as Carlos, son of Cruella de Vil (Wendy Raquel Robinson of The Steve Harvey Show and The Game).

It is directed by Kenny Ortega (High School Musical, Michael Jackson's This Is It) and is expected to air on the Disney Channel sometime in 2015.
Last edited by Dan on June 21st, 2014, 11:31 am, edited 1 time in total.
Top

Disney has released the first promo image for the forthcoming television movie centered on the offspring of some famous Disney baddies.

"The Descendants" - sounds more like it should have been the sequel to The Croods.

what is this i don't even

And Entertainment Weekly has granted my wish! People are crapping all over it, but I think this image of Chenoweth as Maleficent is hilariously awesome! 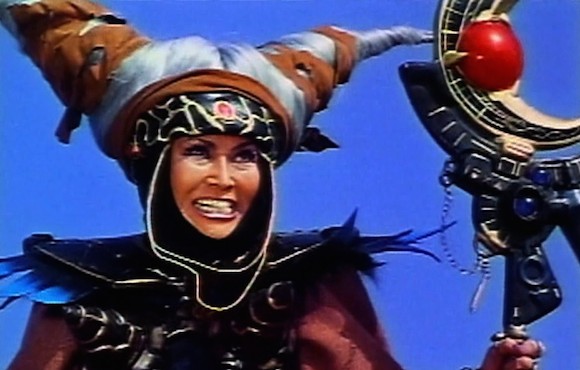 That comparison made up about a third of comments to Kristin's pic so far.

Nerdist managed to get a quick word with Chenoweth about her forthcoming portrayal as Maleficent and she revealed that she gets to sing.

This gets better and better!