As a Welles nut, I have pretty much all of his stuff on DVD and have been slowly going through the upgrades to BD. The UK has some nice editions of his rarer films, but I'll check out the Criterions.

Still waiting for their Mr Arkadin update, though...
Top

In addition, they're releasing a collector's set of the three films they have so far in the collection (Cronos, Devil's Backbone, and now Pan's Labyrinth) that includes an exclusive to the blu-ray set a 100-page hardcover collection of essays, illustrations, and more. Though I already have the other two films, so not sure if it'd be worth the double dip.
Top

I might go for the set if I can sell off my copies of the others. The book sounds nice. An easy pick-up in the November B&N sale.

Nothing else for me in today's announcements. Good. Too many great classic monster titles likely coming up this fall that I will ned to buy. (Wolf Man and Frankenstein Legacy sets already up for preorder.)
Top

Randall wrote:Nothing else for me in today's announcements. Good. Too many great classic monster titles likely coming up this fall that I will ned to buy. (Wolf Man and Frankenstein Legacy sets already up for preorder.)

Yep, that's the one good thing about Universal getting ready for one of their periodic crazy-@$$ studio-pimped "Monster Reboots" in the theaters, we at least get big, big disk boxsets of the originals to remind us of their name.
I'm almost hoping they get as far as the Creature From the Black Lagoon, and might 3D-restore the two sequels.

September had the Val Lewton "Cat People" on Criterion's slate--and they're reportedly working on "Akira Kurosawa's Dreams"--but c'mon, if Warner is allowing Criterion to salvage titles out of the Archive, would it have killed Criterion to include "Curse of the Cat People" on the Torneur disk?
Top

Somewhat reviving the thread to post a recent video Criterion posted of Lee Unkrich picking out films from their closet and explaining why some of them are great to him.

So...one wonders why Lee is working with Criterion.......

Great choices (another reason to remember that, as much as we love comic book characters and animation, they’re all made because of the wider influences of the larger medium and it’s many films and history), and I definitely second Seconds!
Top

Oh what I wouldn't give to go into that Criterion closet one day....
I love all things cinema, from silent movies to world cinema to animated cinema to big blockbusters to documentaries and everything in between!
Top

I’ve often thought that (who hasn’t!?), but my big problem would be "what to get", not really in being able to choose whatever I wanted, but more because I’m pretty up to date on all the Criterion Blu-rays I’m after!

While my priority would be out of print titles, I get the feeling that I would essentially be like Alfonso Cuaron and Pawel Pawlikowski. I'd straight up raid the closet like them.

I somehow don't have any Criterion Collection Blu-Rays (I just rent 'em from my college library!) so I'd be like a pig in slop getting to choose whatever I want from here!
I love all things cinema, from silent movies to world cinema to animated cinema to big blockbusters to documentaries and everything in between!
Top

Had to bump because the most awesome news yet. 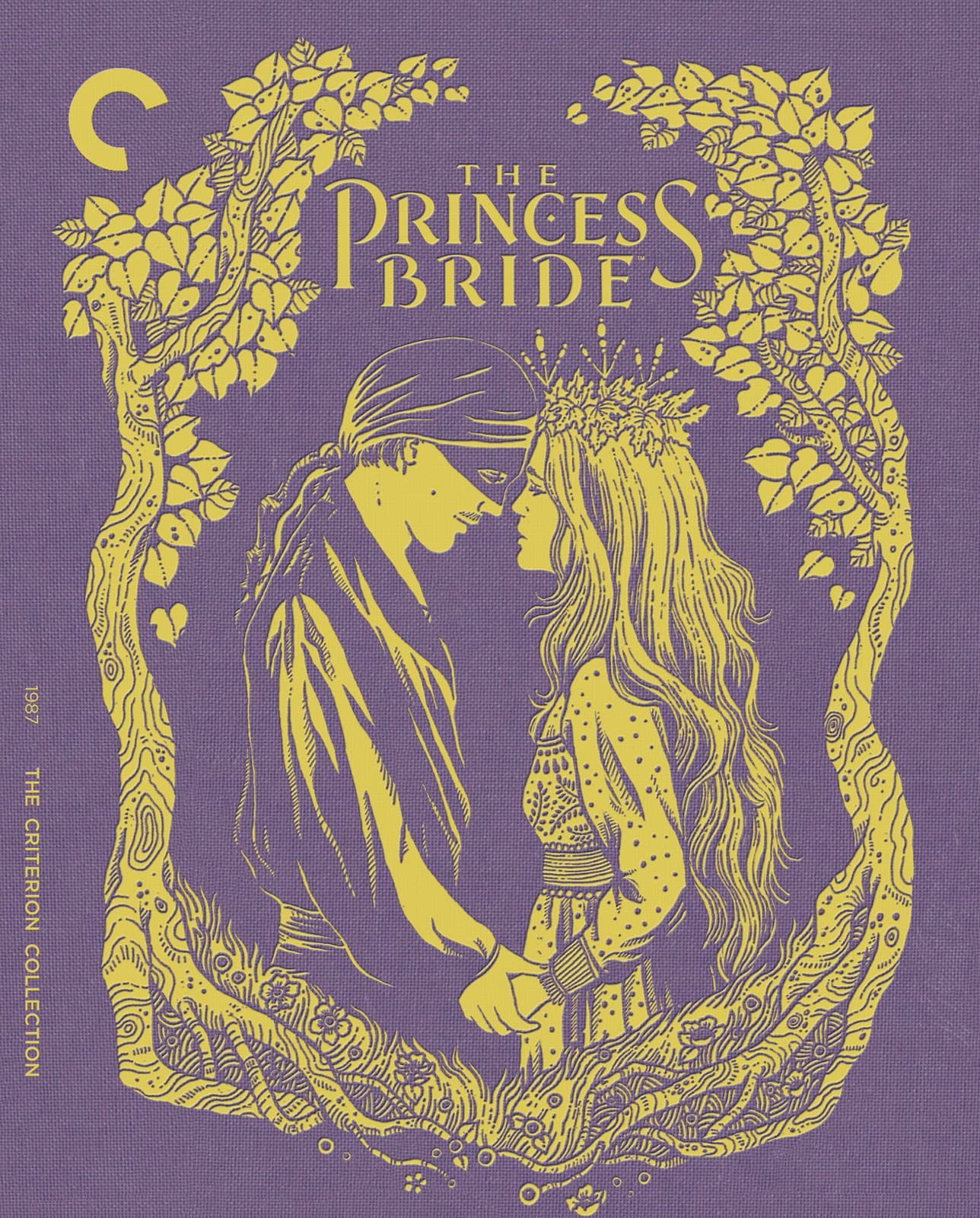 After many years of remembering that I - gasp! - didn’t enjoy this very much as a kid, we literally sat down a couple of months ago to finally give it another go and watch it properly in our new theatre room. While it was slyer than I remember, I’d completely forgotten that this has one of the worst synth music scores ever committed to a major movie!

Seriously, with the great look TPB has, the cheap sound of the music kills it stone dead for me. I know it was a fairly low budget for the time, but you’re telling me that Rob Reiner, coming off the hit that was Spinal Tarp, couldn’t rustle up a full orchestra? Even a smaller chamber orchestra or band would have been better, and actually might have suited the sound better than a 60 or 100 piece full score. But for whatever reason, the film has sub-TV grade music that just doesn’t fit.

Even my pal, for whom TPB is his favorite film, admits this does let the film down immensely, but for me it makes it an almost non-starter. Just as one is getting swept into the look or starts to laugh at the characters, you get a big sweeping shot of the boats at sea...and this awful, cheap music! I don’t know if Reiner touches on this choice in any of the bonus materials, but the 30th anniversary Blu-ray is pretty stacked...it’s also hard to imagine what Criterion could add to that package, since it was already stuffed. Still...nice for bigger fans of the film to be getting this treatment, I'm just sorry that I can’t quite find the love for this one.

I was in my senior year of high school at the time, and took my girlfriend out to the local 2-screen cinema to see Dirty Dancing.

Alas; Dirty Dancing was 'sold out' .. but playing on the other screen was this little film neither of us had ever heard of: The Princess Bride. I don't recall seeing a trailer or commercial or poster for the movie; I wasn't even aware of the book, at that point. And so, with little else to do that evening .. we decided to see that movie, instead.

It ended-up being the best 'date movie' experience I ever had.

I think, even though I’m not the hugest PB fan, that you made the right choice!

It's a case of 70's-90's MGM, UA and Orion films suddenly becoming more available, now that they've fallen into a quasi-Public Domain status after the three studios' floating in and out of bankruptcy.
That's why you can't turn on a streaming service lately without seeing "1984", "Curse of the Pink Panther", "Dances With Wolves" and the entire Woody Allen and 007 collections show up.

And with studios still sitting on their disk collections because "Disk is dying", unquote, third-party disk studios like Criterion and Twilight Time only have access to public-domain or MGM/UA titles. Although if that means getting "Love & Death" and the original 70's "Rollerball" on Blu from TT, I guess there's that.

MGM owns the part of Fox's catalog that included Princess Bride, so the Twilight Timing of Criterion begins.

(Does this mean we might finally see the old 90's Criterion DVD editions of Robocop, This Is Spinal Tap, Life of Brian and Time Bandits back again on Blu?)
Top
Post Reply
155 posts