While there may be no time to die, there is a time to fall asleep and Billie achieved that in under 30 seconds with that James Bond thing...I refuse to call it a theme or some. Only positive I found was that it hit absolutely everything I predicted from a Billie Bond song. It makes Madonna's effort look like a true masterpiece.

I look forward to hearing the Onward song, and the score although with 44 cues I guess the score tracks will be quite short.
Top

Regal, and probably other chains as well, is having a single early showing of Onward the week before its official release date at certain theatres around the country.

Interesting. Guess Pixar wants to get a head start on word of mouth. Not that the film needs it!
Top

Check out the popcorn bucket coming to movie theatres:

Freakin' rad! Way too adorable. And it appears to be metal, how fitting. It's subtle and something to showcase. Look at the attention to detail, like the scotch tape and the embossing. Wowie!

No word on which chains will have the honors of carrying it, thinking it will likely be The El Capitan Theatre. Really, really hope mine gets it, too!
Top

Not much room for popcorn, but it certainly looks nice.
Top

Cinépolis is offering their own variation of Guinevere:

Sublime! Biggest difference is this one has Ian and Barley figures. Kinda cool. Think I still prefer the other one, though.
Top 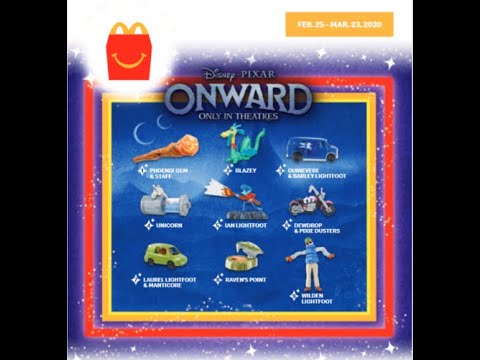 Kinda cute. I like Ian, the Unicorn and Guinevere. Just wish they would've had more figural characters.

Simpsons short to air with onward. Will be a Maggie short again like the last one.

Oh, that doesn’t feel right. Better to showcase one of the SparkShorts in front of a Pixar movie, even if it’s just a blatant plug for D+.
Top

They used to show the Tracey Ullman-era shorts with James L. Brooks-produced films in the 90's (War of the Roses, Broadcast News), which is a good reason why NOT to show them with Pixar.

Pixar is what animation would have become if the Simpsons hadn't screwed up its evolution thirty years ago. (And DreamWorks is what happened once it had.)
Top
Post Reply
55 posts