Ah, back when things like this were shot on actual film!
Top

I’m a staunch devotee of Classic Who (although I do like some of NuWho) but this is nuts!

Basically a guy’s obsession with Classic Who and his stoic insistence that his girlfriend watch EVERY SINGLE EPISODE (multiple times) is verging on emotional abuse.

I actually do agree…obsessively trying to get a partner to do ANYTHING they don’t want to do is wrong no matter what.

Next: she must recreate the missing episodes word for word…
Top

I dunno, that feels like something he would want to do and make her watch to react and such.

New still from "The Power of the Doctor" plus an excerpt: 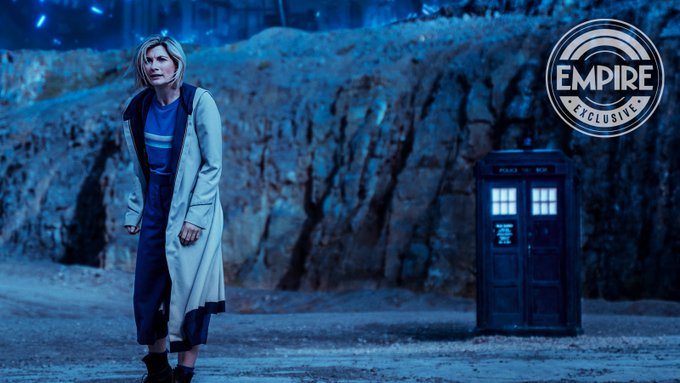 Empire wrote:“It’s one for the Whovians,” Whittaker tells Empire in the Black Panther: Wakanda Forever issue. “It’s a huge treat if you’re a proper fan. It’s got all the iconic things that you associate with Doctor Who. It’s massive.” And it sounds like this Doctor’s final scene will be as emotional as ever. “I love the dialogue Chris wrote for my regeneration,” she says. “It captures my Doctor beautifully. It’s simple, epic and beautiful.” It’s a sequence Whittaker says is all delivered in one long take. “When I could see the crew was happy with that last shot, that’s when my bottom lip started going,” she recalls. “I was like, ‘Well, they can’t say they need another take now because I’ve f'ing lost it!’”