Our review of Trolls World Tour is now online. Better late than never!

Previous discussion of the film can be found here:

viewtopic.php?f=3&t=5718&hilit=Trolls
"Yesterday is history, tomorrow is a mystery, but today is a gift--that is why it's called the present."
Top

I think the price is fair for a day and date release. But since I'm the only one in my household who wants to see this, I can't really justify it right now.
Top

I have to wait until September to check it out, as for some reason the distributor has decided to try and wait COVID-19 out before Australia can see it.
Top

The Hollywood Reporter reveals that the cast of the animated sequel were also caught off guard by the movie not receiving a traditional theatrical release.

However, they're not fretting too much about what that means for the big screen experience moving forward; instead, the likes of Justin Timberlake and Anna Kendrick want the box office bonuses they were promised!

With animated movies like this one, compensation is usually tied to BO performance, so it is money the cast is entitled to. They were never informed of the plan to send Trolls World Tour straight to Digital, and while the studio has touted a $100 million domestic debut, the trade says the film is still "in the red."

Some industry experts believe the sequel "may never make a dime," though others believe it could still turn a profit of at least $40 million by the time all is said and done. Bonuses for the cast would have kicked in when Trolls World Tour hit $350 million at the worldwide box office, and their reps are unhappy at the lack of transparency over how much money it's actually earned.

Another source tells the trade that studios "don’t have to show you the VOD numbers, so you’re completely relying on them. The lawyers will talk on both sides and come to a number. It doesn’t behoove them to look like they’re short-shrifting talent."

It's been a rough couple of months for every studio, but Universal Pictures has to be regretting a lot of recent decisions right now. Still, they were ultimately trying to make the best of a bad situation.

Home video will contribute, but they’ve also diluted that market by charging to "rent" the film before asking the same price to buy it! Exact reason I was happy to wait for the disc also works in reverse: now that many have seen it, they don’t need to own it!
Top

Exactly. I enjoyed the film, but I will also confess there's no need to "rent it" for the same price one pays for the Blu-ray in just a couple of months (as I said in my review, you can already pre-order it on most online retailers!).

It is interesting how "SCOOB!" doing the same that has (perhaps rightfully) caused so much controversy for Trolls has barely gotten Warner Bros. any attention on the matter.
"Yesterday is history, tomorrow is a mystery, but today is a gift--that is why it's called the present."
Top

And, Universal's attempt to revive their "In-home premiere" dream one more time got--yep, you guessed it--another threat of theater-chain boycotts, and Universal caving in.
("We still aim for theatrical release, but it's a new option to consider in our release strategies!")

But star-salaries (and the agents attached to them)? That's the kicker.
Despite a lot of hoo-hah about the ONE commercial premiere success--considering that "Invisible Man" and "Bloodshot" already opened in theaters before their "premiere"--the new "industry" consists mostly of Trolls, Scoob, and a handful of rare, dreary indies that fell out of the arthouse market.

Unfortunately, the latter two haven't made the headlines, and the industry presses still crows over the "Digital success!" of T:WT, which, like "The Interview" years before, was simply the only digital forbidden-fruit audiences had heard of, when they found out the theaters were "holding out" on them.
Top

They are reopening movie drive ins and one of the movies they are showing is trolls world tour! It made it to the big screen after all!
Top

... which will make the big theatre chains even more mad!

Assuming we still HAVE them, after AMC Cineplexes wrestles with bankruptcy.

I liked it for what it was. A kids movie. It did a Damn good job of entertaining my daughter and niece. I feel like this is all I'm going to be watching for the next 42 hours or so lol.
resume examples
Top

I guess it depends what the doll is sitting on...?

Kidding aside, Poppy is neither a human nor a child, so behaving as though this doll will “encourage people to become pedophiles” is a tad...much.

Heck, the singing Elsa and Anna dolls that came out from Hasbro last year literally had the buttons on their “chests”, and no one was freaking out over those.
"Yesterday is history, tomorrow is a mystery, but today is a gift--that is why it's called the present."
Top

Normally I laugh off people who say things like this about toys. But while I don’t think there’s any chance this will groom children for pedophiles, someone really should have said something before this left the drawing board! 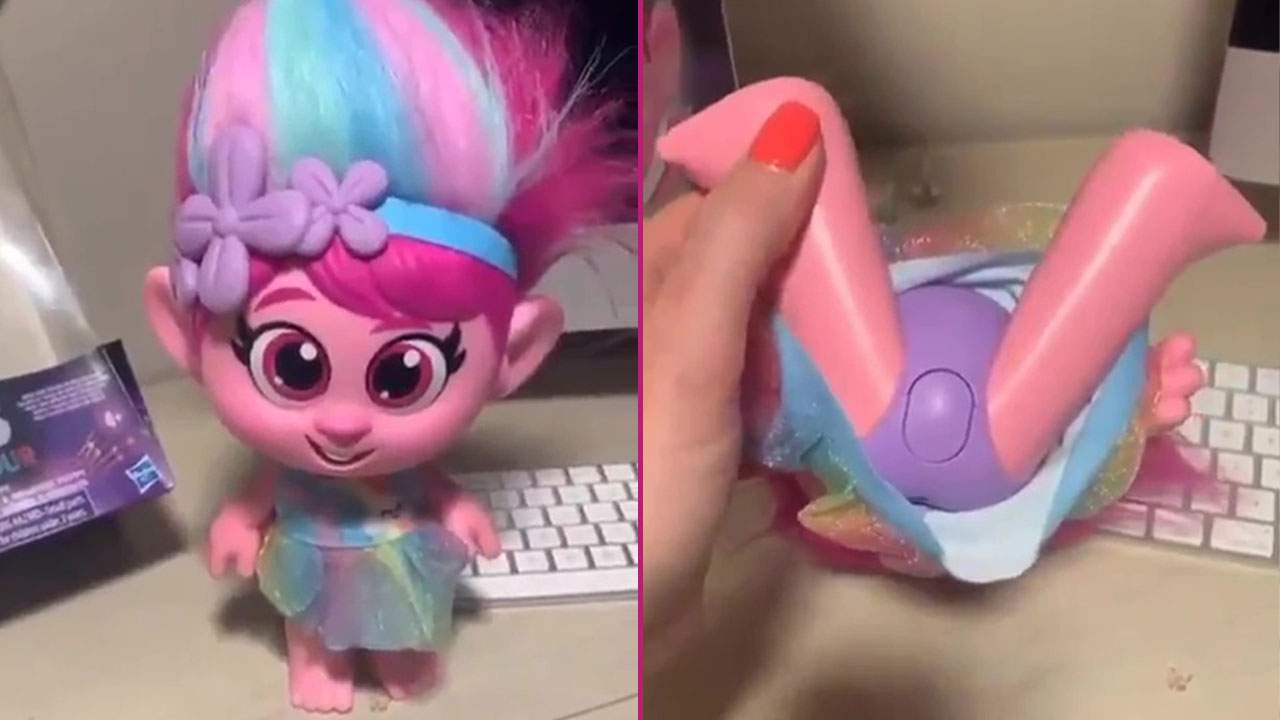