Since the introduction of Best Animated Feature, animated features are ineligible to be nominated in the Best Drama/Musical categories. Same with Foreign Language films - they cannot appear in any category but Foreign Language. Golden Globes are crazy, fun to watch but the awards themselves are crazy.
Top

And the categories can be nuts: I personally loved the musical comedy The Martian...!

Disney and Pixar's Soul has crossed $100 million at the foreign box office — it was only available on Disney+ in the U.S. — for a total of $111.7 million in ticket sales.

I watched Soul on Saturday night and really enjoyed it. Although I confess the first 17 minutes were difficult due to my lack of jazz appreciation. And even though the score has jazz elements for the first time in a long time I am happy with the Globes choice of Score winner. My favourite piece is probably when Joe is reminiscing, that cue along made me appreciate the score as a whole.

In regards to the movie, as I said I enjoyed it. But it's the first Pixar film in a while where I didn't get teary or felt sad, even The Good Dinosaur got me to that point. Pixar did try to get the tear factory going but it never got there. And I think that's because, as others have pointed out, they failed to land the ending. Maybe they thought it would be too cliche for Joe to acknowledge that being a music TEACHER is just as rewarding as being a MUSICIAN. There were so many moments during the movie, where it is clear that Joe inspires others with his teaching, that the end just felt blah. When the credits appeared I actually said out loud 'That's it?'

I'm not disappointed that Soul won but out of the nominees I saw I would have handed it to Onward, at least that one committed to a satisfying conclusion.
Top

Or, you know, having been in the right place and done the right things to "save" 22, Joe just accepts his fate...? That would have been a brave move in a film where, with the stakes being death itself, the stakes never felt that high because death was treated as a concept rather than an inevitable finality). That could have been much more satisfying *and* devastatingly emotional.
Top

Geez, I thought Onward totally bungled the ending, more due to how it was presented as opposed to the script. To each his own.

For me, Soul was much more satisfying, though still not among my very favourite Pixar films.
Top

Soul was more satisfying for me too. I'm also glad that I ended up really liking 22.
Top 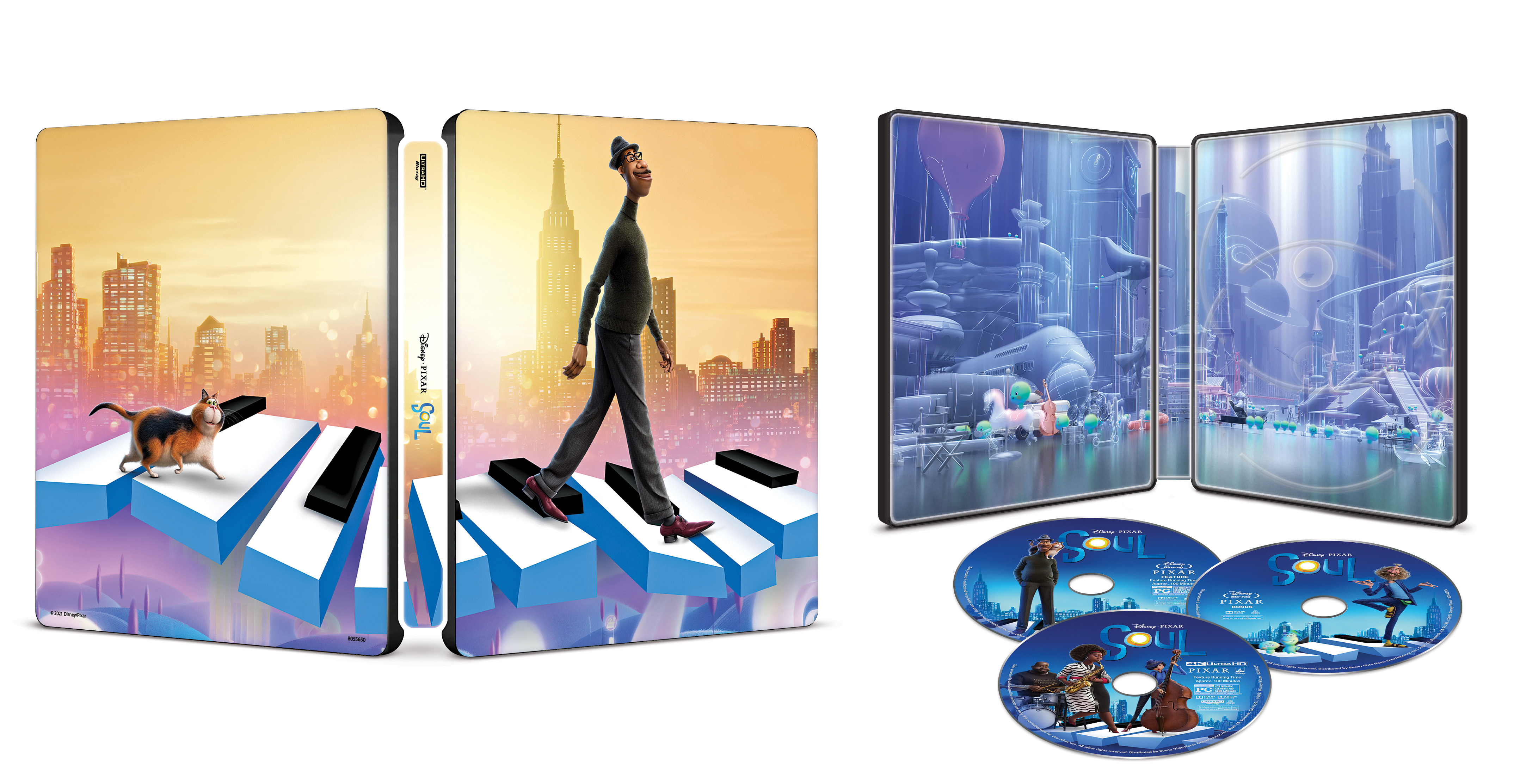 No real improvement with the cover. I'll likely get it down the road.
Top

Is that a box with a collector book, or is Target still doing those store-exclusive hardcover Digibook releases, even after Warner already tossed them over?
Top

It's a different slipcover that has a case inside with the book.
They no longer make digibooks or digipacks.

Watch Onward unboxing in order to see how it's going to be like:

Oh, darn. I always thought they were just a wider slipcase with a book inserted inside. And didn’t realise that was a paper slip that comes off. At least over here there are places that offer the steelbooks as an option, but no-one seems to do these here. If it was just a slip then it’s really just a front image thing, but the fold-out sleeve with the holder for the book makes them nice.

Just had a lookie on eBay but predictably the prices (plus postage and import fees) make it a bit too prohibitive to start collecting them all, so I guess I’ll just stick to regular editions. In truth, they’re not that much less to import new here (and waiting for them to get old means losing the slips anyway), but that would really start to add up over a few titles!

It’s a shame that HMV or someone here doesn’t offer them as a UK exclusive alternate to Target, the way Zavvi offers the Best But steelbooks, but ho-hum. Easily the Target editions usually win out in terms of front images, and the books make them the easy winner for packaging too. They’re an nice alternative to the old digibooks.
Top

I've never gotten one of the Disney/Pixar Target exclusives, but I might get the Soul one to try them out. I'm not crazy about the BB/Zavvi Steelbook, but feel like the film was special enough to grab something aside from the standard edition.
Top